How The Mega Moolah Jackpot Works

How to Win the Mega Moolah Jackpot

There isn’t an actual winning line or symbol in the base game that will land you the Mega Moolah jackpot.

The above image is a screen shot taken from the actual Mega Moolah Jackpot wheel during Gameplay. Note how each of the Jackpots are colour coded:

As with any slot game your odds of winning the Mini or Minor are far higher. The Mega Jackpot is represented by a single, white segment, making it an understandably elusive prize with only a 5% probability of landing on it. The mini jackpot was far easier to land with the likelihood of getting it sitting at 50%.

The bonus wheel can be triggered on any wager. But the likelihood of it happening more often, increases if a bet is placed on the maximum number of lines.

The Mega Moolah progressive slot game netwrok has expanded over the years. It is now available in several versions of which the classic version is the most popular. All these games below pay into and share the progressive jackpot pool, which means a win can be triggered while playing any one of them.

Canadian players account for an impressive 50% of Mega Moolah jackpot wins. The interesting context to this figure is that the first Canadian Mega Moolah winner was only recorded in 2014, 8 years after the first appearance of the slot. This suggests that the slot has had a rapid rise in popularity in the Canadian market for the years between 2014 and 2022.

2019 was a bumper year for Canadian jackpot players with 6 winners where they collectively took home close to $43 million in jackpot winnings. 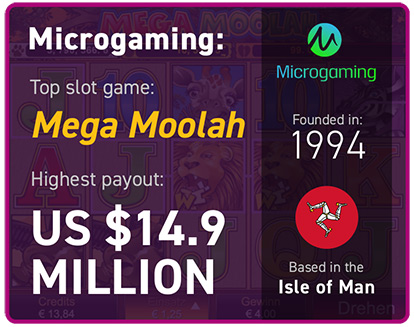 Overall, since the inception of the jackpot, Canadians have won a total of CA$105 627 507,74, according to the official Mega Moolah website, making the players of the North American nation some of the luckiest in the history of the game.

Most of the Canuck winners have understandably opted to remain anonymous, often only allowing the casino to provide their initials when announcing their wins.

One player, notably, allowed his name to be published online. Marcus Goodwin won CA$11,633,898.44 on 05/11/2016, after Playing Mega Moolah at Yako Casino. This was the second-highest Canadian win ever recorded in the history of the slot.

The luckiest Canadian player in Mega Moolah history walked away with an astounding CA$20,059,287.27 win. The identity of this player remains a well-kept secret at Zodiac Casino, where the epic win was made.

An anonymous Estonian player claimed a € 6,596,418 jackpot at Optibet

Another massive win of CA $5.9 million for the Canadians at Jackpot City Casino

€13.3m in prize money was paid out to a luck winner on Zodiac Casino

An anonymous player walked away with a world record breaking EUR18,910.688

A British player took home a tidy sum of EUR 4,365.843 when he hit the Mega Moolah jackpot

Another lucky Canadian player walk away with a $7,453,168 million jackpot win on Mega Moolah.

The start of 2018 was extremely lucky for a Canadian Mega Moolah jackpot winner of CA$3.6 million.

we saw yet another jackpot win of 1.4 million! This is two strikes in one week!

An extremely lucky month for a player bagging a stupendous EUR7.7 million.

A super happy player won the jackpot of $5.13 million. The person chose to remain anonymous.

1 Month divided 2 lucky players in their jackpot strikes, June 2017 saw EUR1.5 million being won and July 2017 had another EUR1.7 million paid out.

Ushered in a new instant millionaire with a jackpot win of €7 Million at Spin Palace.

a young UK Veteran, Jonathon Haywood smashed all previous records with a £13.2 Million win off a... wait for it... 25 pence wager!

A Canadian player known only as I.R won CAD $7.5 Million

Produced 3 spectacular wins, one of which was a Mobile Mega Moolah player winning the highest ever recorded win on a mobile device at $3.9 Million.

6 lucky punters became overnight millionaires, one of whom won while playing Mega Moolah Mobile. The highest win belonged to an anonymous US player at $3.3 million.

John Orchard from the UK made Mega Moolah history when he won a staggering £5.88 million while playing The Dark Knight. What is interesting about this win is that John is actually a bingo player who decided to take a stab at the jackpot with a measly 30 pence stake. Talk about being lucky! Four other people also walked away with life-changing amounts that year courtesy of Mega Moolah.

A female player by the name of Susan won £1.9 Million while playing Lord of the Rings, a slot which is no longer available.

A certain Mrs P made her mark in the Mega Moolah hall of fame when she won a whopping $4.2 Million playing Mega Moolah Summertime at Spin Palace casino.

3 Noteworthy wins were recorded in 2009, the most mentionable belonging to Georgios from Greece. Georgios was rewarded with over € 6.3 million after only spinning with 5 euros!

The earliest big win to go down in history belongs to Klause E from Finland, who won $5.5 million from a wager of only 0.50 cents. In other words, he won 11 million times his original bet! 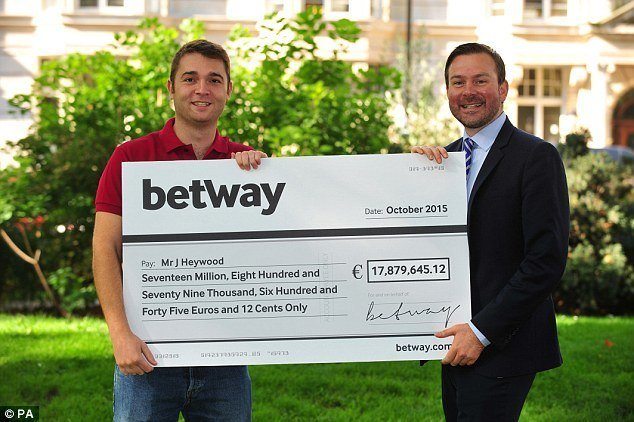 These statistics are an overwhelming testament that Mega Moolah is indeed the Millionaire Maker. In fact, Mega Moolah jackpots are paid every single day, ranging anywhere between $10 and $5 Million dollars. The Mega jackpot is triggered on average every four months or so, and pays around $3 Million per hit.

The magic of Mega Moolah slot is its broad appeal. In my opinion, even without the progressive prize, it is a solid game with a rewarding free spins round boosted by multipliers and high-value symbol wins that awarded me satisfying wins, with the potential of scoring up to $28 125 for landing 5 wilds during free spins.

The graphics and animation still hold up, despite being over 15 years old and the progressive jackpot’s allure is easy to see, considering the scores of multi-millionaires that this jackpot network has created over the years. I would consider playing this title a rite of passage for anyone who considers themselves an online slot enthusiast because who knows, you could be the next Mega Millionaire to walk away with a historic prize.