The well-known Microgaming slot- Mega Moolah has awarded a player with a life-changing amount once again. This time their lucky player has managed to hit a progressive jackpot, which is worth a sweeping €10,735,716.84. Read further to know more.

This latest lucky winner was playing Mega Moolah at Jackpot City Casino when a big win came his way. All of this happened on Sunday, 5 April, making this player the latest millionaire who happened to hit the biggest reward in the Microgaming’s legendary jackpot slot. This €10,735,716.84 jackpot is going to be paid to the player as a lump sum by the operators. This shall happen once standard verification checks have been carried out- says Microgaming.

Till now, the Isle of Man-based company has had a progressive jackpot network which has succeeded in paying out an amount higher than €1.1 billion in rewards. There is a total sum of more than €26 million that has been paid out in 2020, which has seen more than 150 winners that win €10,000 and more.

Another Mega Moolah Title to be Launched 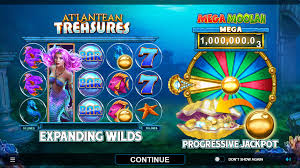 As per the press release, which was published by Microgaming, the network of their jackpot has seen continuous growth. Only this year, they released Atlantean Treasures Mega Moolah through cooperation with Wheel of Wishes and Neon Valley Studios- an Alchemy Gaming product. The former also features a WowPot jackpot, which was revamped two months ago- in February.

The provider has also announced that there are going to be more progressive games that shall launch in the future. One of them will be the Absolootly Mad Mega Moolah, which is going to be released across the networks of their operators on 5 May. Chief Operating Officer at Microgaming- Andrew Clucas has also said that Mega Moolah will continue to stay a favorite among all players around the world.

“We are thrilled for the victorious player who struck this staggering €10.7 million win – congratulations!”  Clucas said, also adding that they had been very excited to add more new progressive games to their jackpot and related network all through the year.