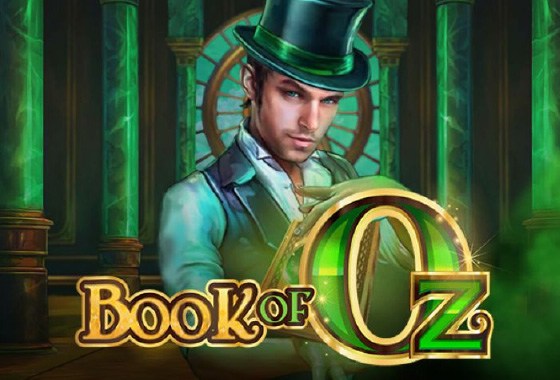 After any base game spin, I was allowed to respin individual reels. This is a great feature as I was put in a position where I could complete high-value symbol combinations or even trigger the bonus round from a previously losing spin. The one thing I had to keep an eye on is that each respin had a cost attached to it as chasing a winning combo or feature trigger could end up getting expensive.

Landing 3, 4, or 5 book symbols awarded me 1, 12, or 25 free spins. The game randomly selected a symbol to be the special expanding symbol for the duration of the feature. Every time this symbol landed it would expand to fill the entire reel that it was on, creating some spectacular wins for me.

Book of OZ slot has a straight-to-the action approach and a game-changing feature that makes it one of the most iconic slots out there. While the game’s theme is a bit removed from its source material, I found the handsome glowering wizard in his green top hat and the mysterious-looking potions to be an intriguing take. The star of the show here is the Reel Respins feature, with this title being one of the first to adopt the innovation that adds previously unseen levels of interactivity and control to the game, which made its top potential of $125 000 seem well within my grasp.

I would recommend this game to anyone who enjoys online slots and who wants to play a title that had a significant effect on the course of innovation within the industry.