Ontario’s most recent lottery millionaire has been named. Garry Myles, who hails from Oakville, is the exceedingly fortunate winner of a staggering $22,000 000 Lotto Max prize from a January 2022 draw. The newly-rich IT professional revealed that he could not contain his excitement when he realised he had won.

Lotto Max offers a maximum prize capped at $70 000,000, along with several $1,000,000 Maxmillion prizes that become available when the jackpot passes the $50 million mark.

The winner showed up at an OLG prize centre to lay claim to his winnings from the January 18 draw. He recalled how he screamed with joy after finding out exactly how much he had won and that this momentous discovery coincided with his wife’s birthday.

Myles shared how when he had initially received an email from the OLG, he thought that it said he had won a $22 plus one free play. After further review, he then thought it was $22,000, but his excitement increased with some careful counting of zeroes and the realisation that he was now a multi-millionaire.

The father of two stated that he had been playing the lottery regularly for close to 20 years and that he used a lottery subscription service as he was sometimes forgetful about buying tickets. Myles described the prize as life-changing and that it has opened up a whole new realm of possibilities for him and his family.

The Hunt for Winners

While Myles celebrates his windfall, some other winners appear to be completely unaware of the fortunes that await them. The February 15 Lotto Max draw awarded a $20 million jackpot to a Saskatchewan ticket holder who has yet to come forward. The Western Canada Lottery Corporation has urged everyone to check their tickets for the winning numbers, 19, 26, 28, 36, 40, 42, 48, and the bonus number, 6.

The OLG is also in hot pursuit of the owner of a massive January jackpot prize. The holder of a $36 million Lotto 6/49 winning ticket has yet to surface. The Crown corporation shared that the winner comes from Barrie, Ontario and reminded the public that winners have to claim their prizes within 52 weeks of the draw. 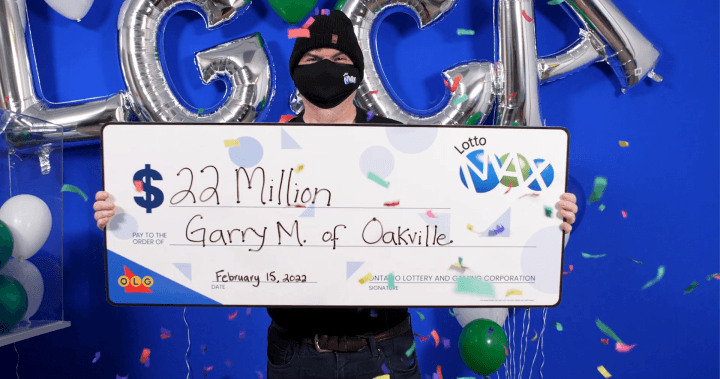