It almost goes without saying that the seasons of the year are crucial to so many parts of our lives. After all, they might influence the foods that we eat, the precious amount of sunlight we get to enjoy, the clothes we need to wear and even our mood.

However, have you ever considered just how much of an impact the time of year has on the entertainment that we get to experience? The four seasons might have cemented their place in pop culture thanks to Frankie Valli and company, but their influence is felt in other areas too. From blockbusters to even slot games, spring, summer, autumn and winter are often used as a key inspiration. 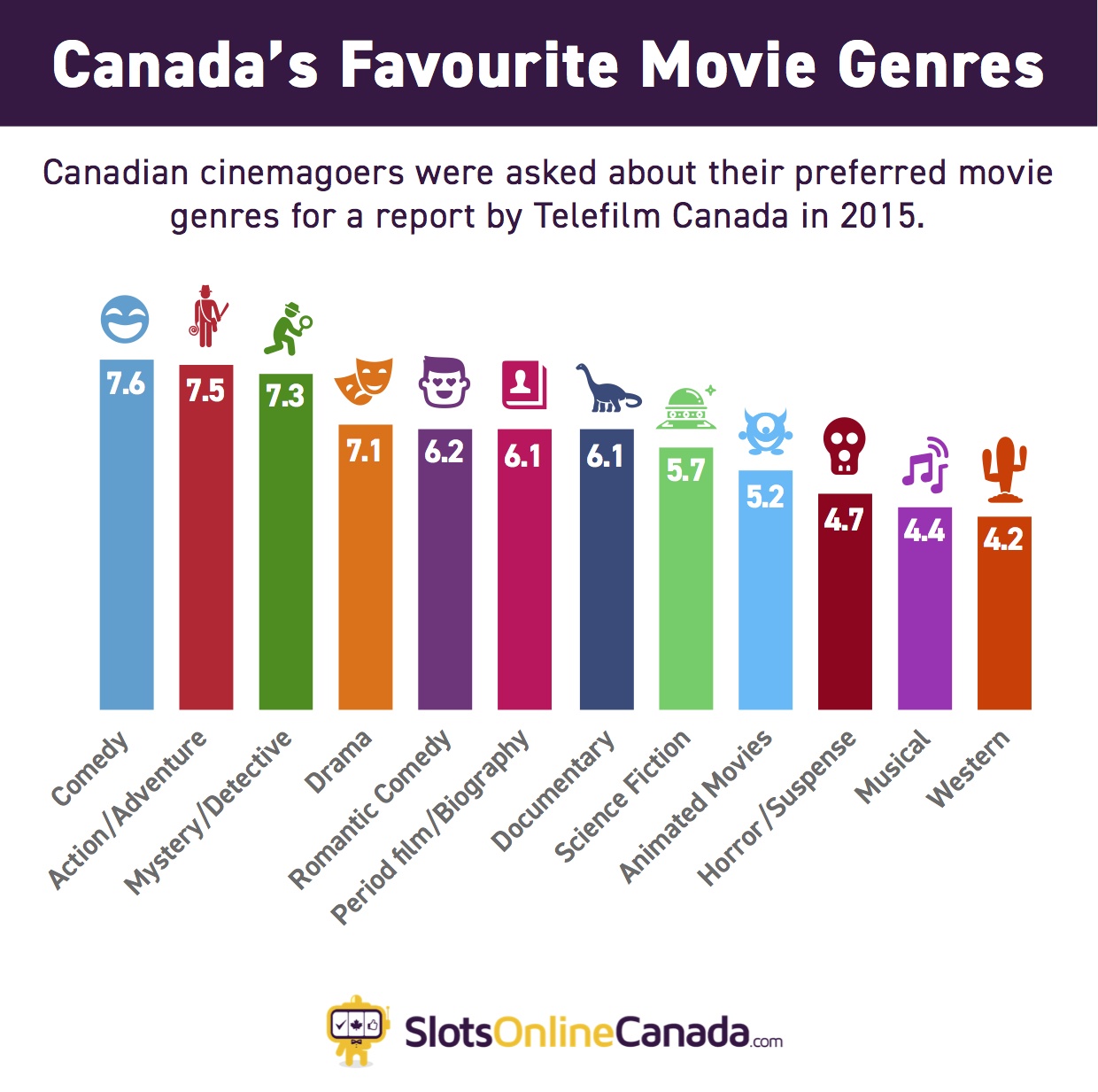 Here we are going to investigate a few examples of this, before then considering just why specific seasons may generate such a strong emotional response within us.

It has become common for movies based around specific periods of the year to be released at those times. For instance, we might see:

However, it could be argued that summer is actually the most vital time of year for movies – and not necessarily because a lot of films are set during the period. Summer is traditionally the moment when big blockbusters land at our local multiplexes, with studios hoping for a strong box office return from epic, action-packed titles filled with major stars.

Saying that, we should not underestimate how important a bit of summer sun can be in a movie. After all, Summer Nights had a pretty big impact on Grease, while Dirty Dancing also takes place during a vacation. It can even be a surprisingly effective time to set a horror too – just ask those beachgoers who did not realize what was lurking off the coast in Steven Spielberg’s Jaws.

Any regular visitors to our site will know that slot games can be based on all kinds of things these days. However, plenty of the titles have taken on a strong autumnal setting, with this perhaps being understandable for several reasons.

With the wind blowing, the leaves rustling and the mist beginning to roll in, autumn creates a great air of mystery and intrigue – something which is perfect for an atmospheric slots experience.

For example, Microgaming and Stormcraft Studios’ Dragon Shard features a strong seasonal theme. The trailer explains how the game is based around the idea that the elemental forces of summer and winter are battling for the titular crystal. As the reels spin, the game’s background features a misty, leafy fantasy setting.

Another slot which takes on a similar style is Wizard of the Wood. Created by 2by2 Gaming, the title takes place in another leafy, woodland setting, with a young wizard helping players to create magic on the reels. As the demo shows, the backdrop - along with a medieval-style soundtrack – really helps to generate a fascinating, otherworldly atmosphere.

Winter can be a compelling setting for all kinds of entertainment, but it has been used to particularly striking effect in literature through the decades.

On one hand, the season might make you think of harsh, desolate landscapes and times of hardship. This might bring to mind famous literary locations such as Winterfell and The Wall from George RR Martin’s epic A Song of Ice and Fire series.

However, on the other hand, it may not always be doom and gloom. As the old song suggests, the weather outside may be frightful, but winter – and Christmas in particular – can be a time to get cosy and warm inside. It is a period that has inspired many heart-warming tales, with The Christmas Carol’s story of Scrooge developing a new outlook being one of the most notable classics.

It is always a joy to see some springtime sunshine after the colder months and the season is jam-packed with famous holidays. The romance of Valentine’s Day rears its head as winter comes to an end, while there are then the likes of St Patrick’s Day and Easter to look forward to.

All of these have been celebrated on countless occasions in various forms of entertainment, with Irish Pot Luck being the perfect slot title to enjoy around St Patrick’s Day. As the NetEnt trailer shows, the game features a host of traditional Irish iconography, from leprechauns and golden harps to pots of gold and four-leaf clovers. Elsewhere, Valentine’s Day has been celebrated on the big screen in classics like Sleepless in Seattle, while Hop and Rise of the Guardians both feature the Easter Bunny.

What is So Compelling About the Different Seasons?

So, as all the examples above show, the seasons have an influence on entertainment in a range of different ways. However, just what is it about the different times of the year which stimulates and inspires such a range of emotional reactions from us?

A couple of theories and ideas may be key to unpacking just why we tend to feel certain ways about the seasons, while we will also go on to suggest a little experiment which might uncover specific things you may not have realized about your own favourite movies.

Different seasons can make us look at certain things with a rather surprising level of poetry – and that is where the idea of so-called ‘pathetic fallacy’ might come in.

As Britannica.com outlines, the concept is often linked with poets as it refers to the notion of applying a human emotion or response to something within nature, as well as animals or inanimate objects. So, a cold winter might become cruel and harsh, while blustery winds in autumn may lead to leaves dancing as they fall from the trees.

By using language in this way, it could be said that we are assigning a meaning or emotional reaction to certain times of the year – and that may influence our viewpoint of specific seasons.

Alternatively, our idea of the seasons may be shaped by other elements. For instance, as Simply Psychology details, psychologists started writing about the concept of behaviourism in the 1910s.

The theory suggests that all our behaviours have been learned through interaction with the environments around us, through a process which is often referred to as conditioning. As such, our mood and reactions to environments essentially shape who we are and how we act.

This could mean that we have learned to react to certain seasons in specific ways through our lives. For instance, we may have simply come to associate long summer days with sunshine, warmth, happiness and fun outdoors. On the flipside, we may have also determined that darker winter evenings are all about closing the windows, putting the heating on and cosying up on the sofa.

Try Your Own Seasonal Movie Experiment

With all of that in mind, it might be worth trying a little test which could potentially uncover some things about your favorite movies that you may not have realized before.

Considering these questions might offer up some clues as to why certain movies prove so effective. For example, a feel-good Christmas movie might capture the spirit that we have come to associate with that time. The warmth, humour and general positive vibes may well make it perfect viewing for a cosy night on the sofa under a blanket.

The seasons are such an intrinsic part of our lives that it is perhaps not a huge surprise that they play such a significant role in the world of entertainment.

It is fascinating to consider how each of them has a key role in games, movies and books, as well as how they can quickly elicit different emotional responses from us. Just the mere mention of a certain season might shift our mood and perspective, while all four of them can provide a real sense of atmosphere in slots and much more. 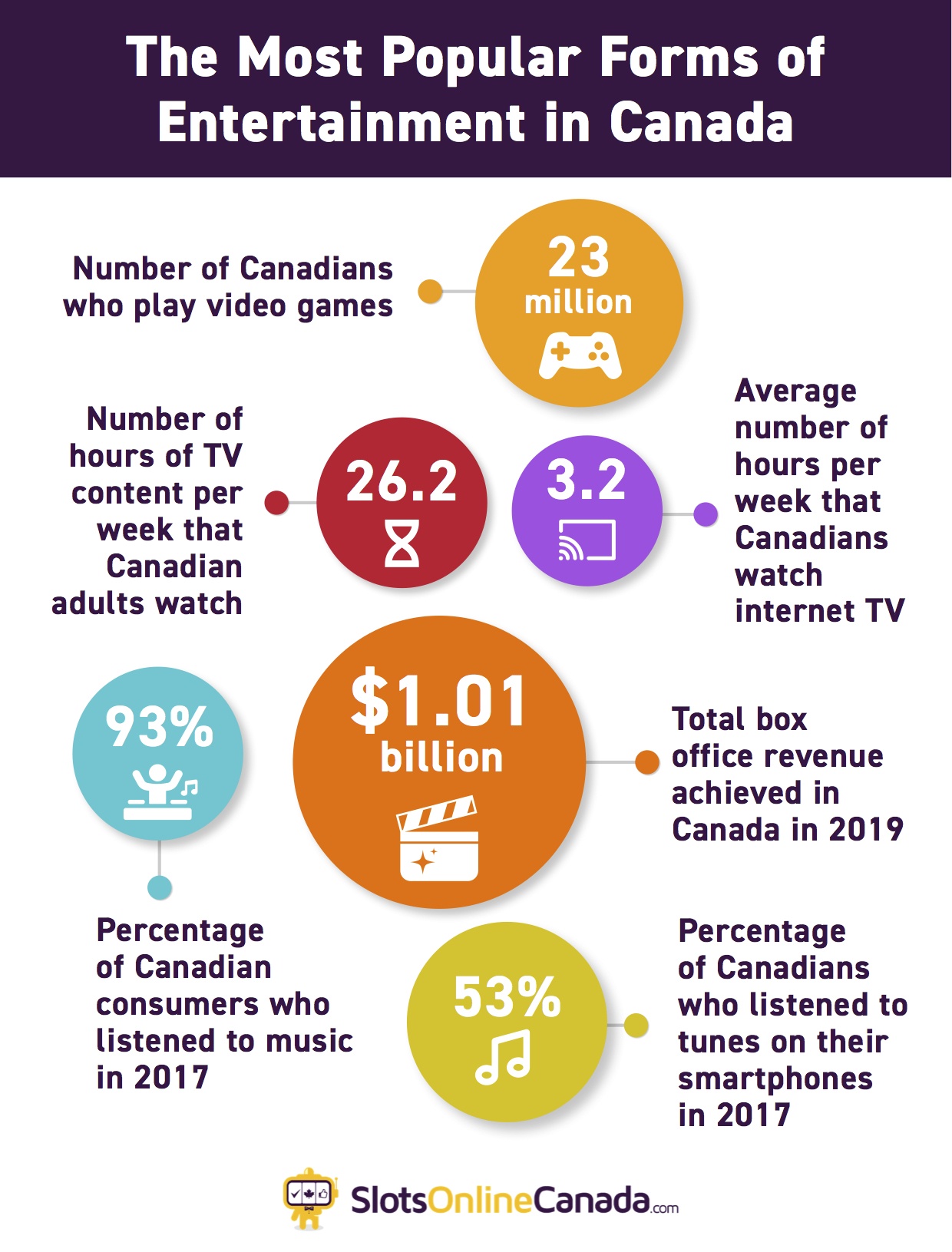 They have had a huge impact on many aspects of the entertainment industry through the decades and it seems highly likely that their strong influence will continue to be felt across many areas in the years to come.

How Canada Became a Champion of the Video Game Industry

Cameo Money Makers: How much do Reality TV stars make?