The April 1 Lotto Max draw resulted in a record-breaking $70 million prize for one lucky winner in Saskatchewan. This is not only the biggest win for the province ever but also the largest ever in the Western Canada lottery region.

Regina resident, Dale McEwen was revealed as the fortunate winner and he was introduced to the world via a news conference at the Hotel Saskatchewan on Tuesday, April 19, 2022.

McEwen bought his serendipitous Lotto Max ticket sold in Alberta when he and his family were driving through the area on their way to B.C. The purchase took place at the South Country Co-op Gas Bar in Dunmore.

The winner recalled that he had been waiting to go for dinner the night after the draw when he thought to himself “I might as well check my tickets.” The Lotto Spot app revealed his new immense fortune and he was struck with disbelief, immediately informing his partner.

“I told her right away. We were trying to figure out if it was real. We checked again using the app on her phone. We sat there dumbfounded for a while, we didn’t know what to do, so I signed the ticket right away and then we called the phone number on the back,” he said.

McEwen came forward the day after and began the exhaustive verification process required to confirm the winning ticket.

McEwen can proudly say that he is the beneficiary of a statistical anomaly as the odds of matching all seven numbers on a Lotto Max draw are 1 in 33 million per play. The $70 million jackpot far outstrips the second-highest ever Lotto Max jackpot of $65 million that was won in October 2019 and the previous Saskatchewan record of $60 from August 2016.

Sask Lotteries remarked that this $70 million win comes after a six-month succession of big wins for Saskatchewan. The province’s players have won $200 million in jackpots From October 2 2021 to April 1 2022. 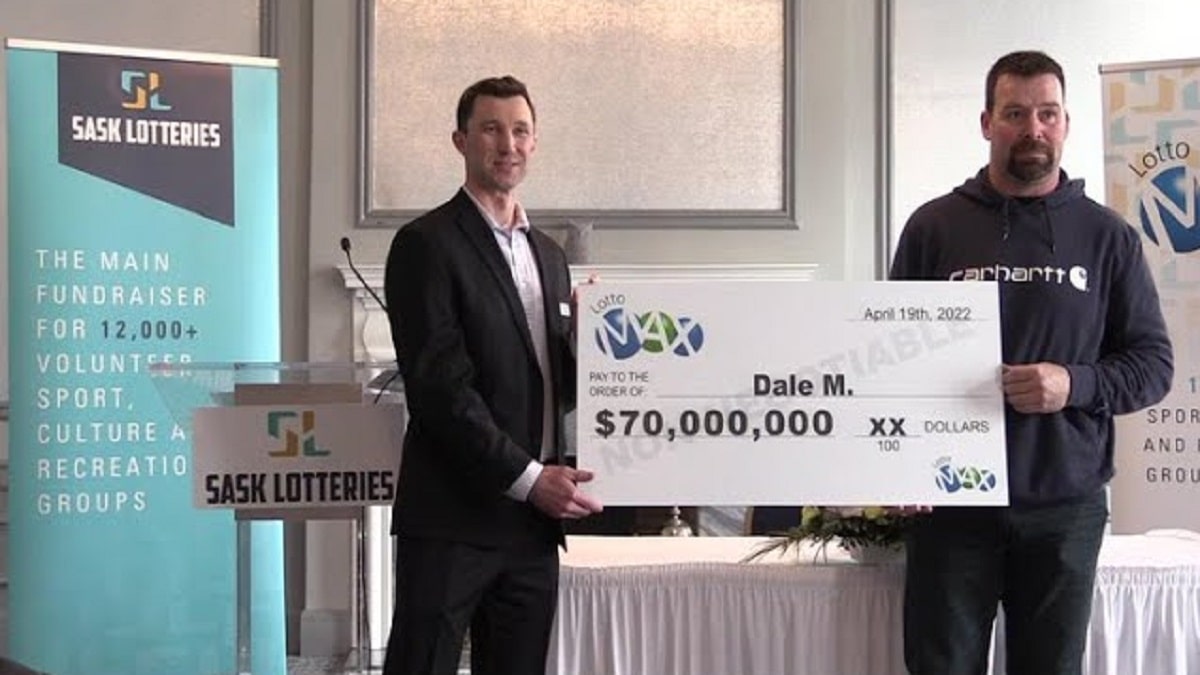