This dynamic payways slot is the sequel to Charlie Chance in Hell to Pay and sees Charlie accepting a dubious offer of riches from a mysterious woman who turns out to be the devil herself.

The game repeats its predecessor’s 1930’s cartoon theme with a style that mimics golden-age animators like Max Fleischer, as exemplified in classic animations like Betty Boop and Popeye.

The game is a compelling vehicle for Play’n GO’s dynamic payways mechanic, offering players a value-added game experience. The mechanic works in this title by transforming the reels any time a wild forms part of a win, adding a multiplier to the entire reel.

In addition to the mechanic, the slot also features the second chance re-spin feature from the original. This hands players an extra chance to trigger the free spins feature.

The Head of Games at Play’n GO, Charlotte Miliziano, said,

“We aim to provide as much entertainment to players as possible, from giving more titles for them to relish to innovating with new ways to play. Dynamic payways are another way to do this. Payways are a much-loved type of gaming, and we want to be able to create newer and better ways for players to enjoy payways sessions; that’s the endgame.”

Charlie Chance XreelZ might be available in your region now so check your favourite casino today. 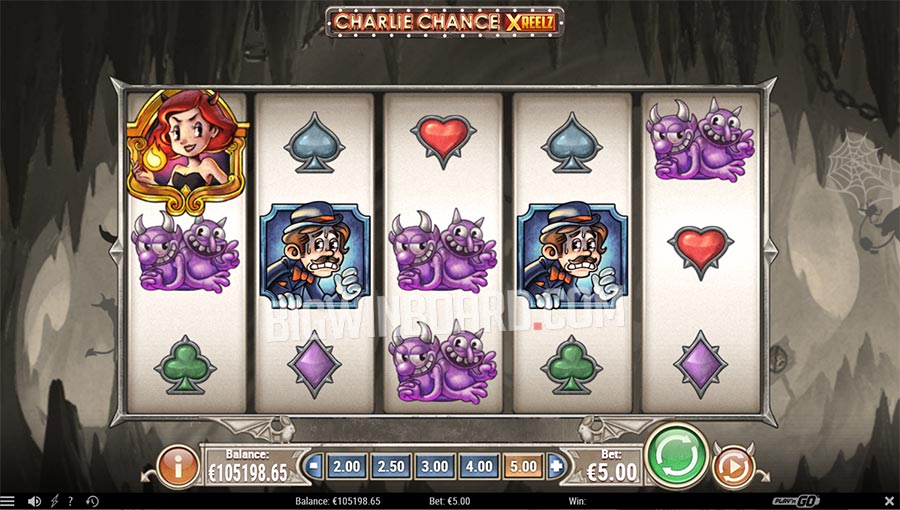