Almost three years down the line and SlotsOnlineCanada.com have published the latest, not so good, figures from Ontario’s online gambling efforts.

Toronto is the provincial capital of Ontario Canada and is a large metro situated on Lake Ontario. A recent bid for a Canadian land-based casino situated on the waterfront was dislodged by public concern over the newly established neighbourhood consisting of the younger demographic. 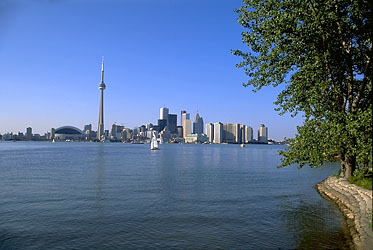 The Ontario Lottery and Gaming Corporation are responsible for running state owned casinos while others are operated by tribal interests, which OLG is still responsible for. The land-based casino north of the city in Orillia is called the Casino Rama and it is Tribal run. This casino is well known for hosting live entertainment events and it also has a spectacular hotel. The government collected $6.7 billion CAD in revenue in 2012.

Smartphones and mobile devices are integrated into daily routine and usage patterns best show how and when people use their mobile devices. Smartphones are taken everywhere and used in conjunction with a desktop computer at work and to watch TV shows on tablets.

The OLG casinos are more moderate when compared to a few of the larger casinos closer to the US border in Niagara Falls and Windsor. The regulation and legislation of online gambling is however, taking quite a while and the OLG says that a decision will be made in 2014. It has been suggested that will be in the fall.

PlayOLG will launch in 2014 with interactive casino-style online games. The Canadian government says it will offer slots, video poker and table games. No mention of sports betting was made. Buying lottery tickets will also be easier when a new long-term lottery play service has been installed. PlayOLG will also offer more ways to order tickets early. OLG is currently in the development phase but it is full steam ahead.