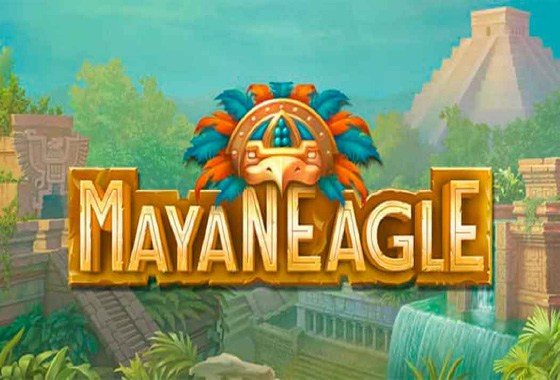 If 4 scatters land on the reels, you will receive 12 free spins, which come with a progressive win multiplier which starts at 2x and increases by +1 with every successive Rolling Reels win. The multiplier's progress can not be interrupted by non-winning spins and it will ascend without limit. If another 4 scatters land on the reels while this feature is active, you will receive another 12 free spins.

A number of mystery symbols can randomly appear on the reels. They will always land on an initial spin, never on a Rolling Reels win. All the symbols will simultaneously turn into any symbol except the wild and the scatter.

Mayan Eagle slot has some great winning moments, but the game's elements can feel disconnected. The game's visual theme is bright and well-drawn, but there isn't much of a story or any characters to tie the visual elements to the gameplay. The mystery symbols appear fairly frequently, which can create lucrative chains of wins, this feature's impact is particularly felt during free spins, when the progressive multiplier kicks in. This title contains all the elements of a good slot and makes for an entertaining experience, despite the theme not being fully realized.