Hall Of The Mountain King Slot 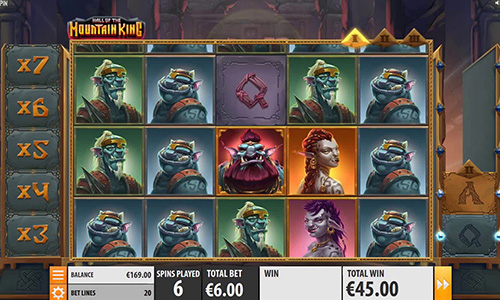 Hall of the Mountain King is visually pleasing and highly entertaining. We particularly like the Multiplier Meter feature as it can give you big wins in the base game as well as in the bonus rounds. The hero of the game is definitely Stage 3 of the Free Spins feature as the wilds really magnify your winning potential â€“ especially if youâ€™re lucky enough to get the 15x multiplier! This high-volatility slot carries an RTP of 96.29% and offers max wins of 7326x your stake on each spin / free spin that involves the top multiplier.