The grand opening of Cascades Casino North Bay is just around the corner and the venue is looking to build up its staff complement in preparation. To this end, the company has launched a two-week job fair to employ 200 new workers at its Ontario property, which is scheduled to open in early 2022.

Development of the North Bay property began in n 2019, but experienced delays due to the arrival of the global pandemic in March 2020. Construction only resumed in April 2021 and now the Pinewood Park Drive property is poised to open for business.

The Director of Communication and Public Affairs for Gateway Casinos & Entertainment, Rob Mitchell, advised that the company intends to have the property up and running by early 2022. He added that the firm had managed to secure and store construction before the worst of the lockdowns took effect.

Mitchell added that the casino intends to provide close to 300 jobs for the local community and that it is expected to generate one to two million Canadian dollars per year for the region.

He further explained that no further construction is being done on the casino’s exterior, but that work still needs to be completed on the interior. Mitchell could not reveal any specific details regarding the official opening date, but did say that once all necessary staff has been acquired the venue would hold a soft opening, before opening its doors to the general public.

Previous information released by the company concerning the design of the new property revealed an exterior and interior that closely resembles that of the company’s Cascades Casino Chatham. The casino was also said to include world-class gaming facilities alongside the company’s trademark the Match Eatery and Public House dining venues.

This is not the only casino that Gateway Casinos & Entertainment plans to launch soon, as it is plotting the opening of its 40,000-square foot Cascades Casino Delta at a cost of close to $87 million. 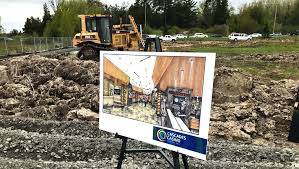