Canada has been announced as the host country for the SiGMA Americas 2022. This multi-vertical expo will include SiGMA Group’s gaming division, SiGMA, its affiliate arm AGS, and tech brand AIBC.

The event was announced at Sigma’s networking iGathering that took place in Las Vegas during the recent Global Gaming Expo. SiGMA Americas recently concluded a successful international tour that comprised several key markets including Africa, the GCC, and the CIS regions.

Nicole Fields, VP for Growth and Strategy US at SiGMA Group elaborated on the significance of the event, saying,

“The Canadian gaming market is experiencing tremendous growth stemming from new regulations around iGaming and sports betting. These new regulations are making way for new sectors to emerge and new suppliers to enter the market.”

“SiGMA’s role in all of this is to connect leading operators, suppliers, affiliates, policymakers, and thought leaders by building a first-class business event with a forward-thinking conference, an innovative and tech-driven trade show floor and meaningful networking events and unique experiences attendees are used to experiencing at SiGMA events,” she added.

Terry Debono, Partner at the Debono Group, a consultancy that provides services to the Global Gaming, Broadcasting, Entertainment & Interactive Technology Sectors, was enthused at the announcement, saying,

“Bravo SiGMA! A fabulous networking event. It was great to connect with so many innovators and entrepreneurs in the gaming and emerging technology space. Fantastic news that SiGMA will be launching a full conference and tradeshow next year in Toronto.”

The decision to hold SiGMA Americas 2022 in Canada follows the milestone passing of the country’s Bill C-218 on the 27th of August 2021. The bill empowers Canada’s provinces to decide whether or not they want to individually regulate single-event wagering on pro-sports events. The responsibility of gambling legislation will now also fall on individual provinces, where it was previously governed by Canada’s Criminal Code.

The bill will allow for has laid the foundation for new regulatory oversight, player protection, an equitable environment for industry stakeholders, and economic development for any provinces with the will to harness the grey market as they take pioneering steps towards a regulated Canadian marketplace.

This expo marks the first in-person event for the SiGMA Americas brand that has, over the last 2 years, conducted numerous successful virtual events for the LatAm and North American markets, in conjunction with a series of several networking events across the US. 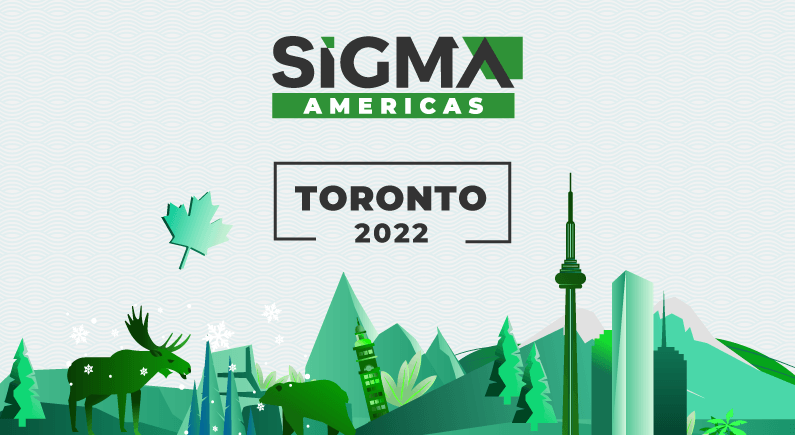