The British Columbia Lottery Corporation and CTV News have worked together to publicise that a new scammer is making the rounds on social media. The individual in question has assumed a Lotto Max winner’s identity, Christine Lauzon, as part of their scheme to defraud others.

The real Ms Lauzon is from Burnaby, British Columbia and landed a Lotto Max jackpot worth CA$70,000,000 in October 2021. And now the scammer is offering their victims the promise of free money in order to dupe them.

CTV News were the ones to bring the matter to the BCLC’s attention and the Crown corporation has made contact with Ms Lauzon, confirming that she has no connection to the fraudulent profile.

The fraudster’s plot includes creating several fake accounts that make posts, thanking the fake Ms Lauzon for giving them a no-obligation $10 000 helping hand. One of the accounts even details a fabricated story where Ms Lauzon has helped them to pay their mortgage and revive their business.

The news agency also managed to make contact with two of the scammer’s victims with one explaining that she contacted the Facebook account to ask for help which the imposter promised to provide, but only through Bitcoin. The fake profile pledged to give the victim $100,000, but fortunately for them, the scam did not go far enough for them to lose any money.

In provided screenshots of her conversation with the account, the fraudster pressures her to create a Bitcoin wallet and deposit $300 first to claim the promised help. In the end, CTV News managed to contact her before she was able to make the deposit.

This is far from the first instance of criminals using lotteries or gambling in general as bait for their victims. A text message scam that emerged in October 2021 saw Ontario authorities being alerted that residents of Mississauga and Brampton residents were being targeted by messages offering a welcome bonus of $1,000 for signing up an account at the included link.

Another recent instance took place in Alberta where locals received calls from fake STARS Lottery officials who said that the prospective victims had won a lottery prize. The catch was that the ‘winners’ had to deposit into an account to claim their supposed winnings. 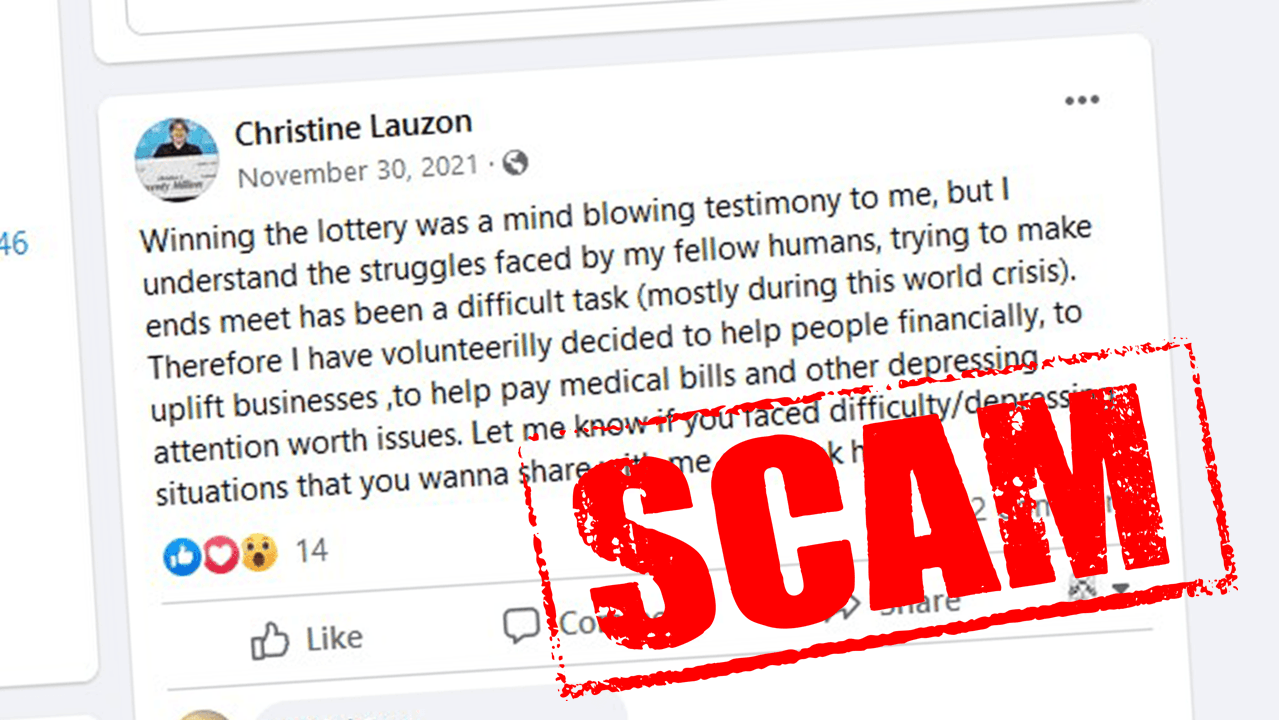