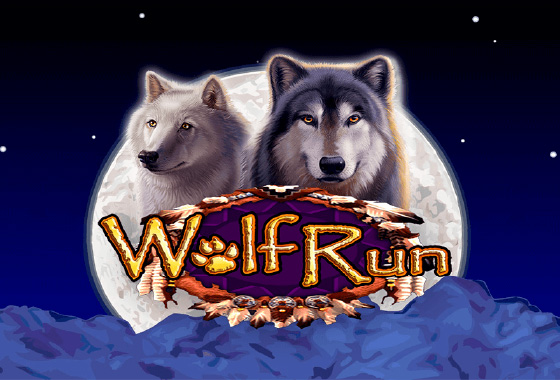 Native America is known for its beautiful and interesting culture and if you are keen to explore it, then the Wolf Run slot may appeal to you. IGT seems to have a keen eye on native history and incorporated this theme in a number of its slots.

There are two special features in the form of free spins and stacked wilds as mentioned before. Players stand a chance to win up to 255 free spins.

Not all the symbols bring huge wins, only the selected ones. There are three types of Wolf symbols: Howling Wolf, Black Wolf, and White Wolf. The Howling Wolf is the highest paying symbol, and it is also Wild, which substitutes all other symbols, except for Bonus. The Bonus symbol is Scatter, and it multiplies the winning by 2x.

Landing three or more scatter symbols on the three centre reels (reels 2, 3, and 4) results in 5 free spins and 2x the total bet amount.

There is a maximum of 255 free spins to be won as the feature can be retriggered during both the base game and free spins round.

For those of you who prefer to sit back and relax then the Autoplay tab will help you spin the reels uninterrupted. Play Wolf Run for a minimum bet per line of 1 and a maximum bet per line of 20. This means you can play Wolf Run with complete flexibility depending on the stakes you choose to bet. The coin range in Wolf Run ranges from 1 to 20 coins.

Wolf Run can be enjoyed on the go on both mobile and tablet devices. The game supports most Android, iOS and Windows operating systems. IGT ensures Wolf Run's quality and the standards remain uncompromised on mobile devices, making it a pleasure to play on the move.

Wolf Run is an online casino game that combines a lot of advantages. First, it is very straightforward, and you don’t need to spend too much time learning its rules. Second, it can be accessed on various devices and in many casinos, so you have a lot of freedom to play it.

Apart from that, like many other online slot games, Wolf Run can be played in both free and real money modes, making it possible for you to try it out before you place actual bets. Also, it is worth keeping in mind that despite its simplicity, this casino game includes some beneficial special features that help you hit winning combinations (like the wild or the bonus symbols).

If you feel like an experience that is not too complicated yet fun and profitable, Wolf Run might be perfect for you.