Play The Great Albini 2 at LeoVegas 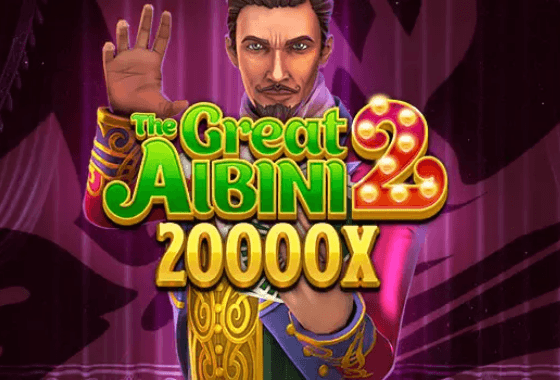 This title’s feature selection is completely different to that of its predecessor with multiplier-enriched free spins, a collect feature, and a Booster ante bet.

When I landed 3 scatters on reels 2, 3, and 4, I received 3 spins on vacated reels where only Money Gems, Albini Multiplier symbols, or Lily Extra Spins symbols could appear.  When any of these symbols landed, the spins count would revert to 3. Only the Money Gem symbols became sticky and stayed locked on the reels for the duration of the feature and when the free spins ran out, or I filled all the positions with Money Gems, I was paid out the combined value of the symbols in view, boosted by the win multiplier value.

Speaking of the win multiplier, it is triggered by the appearance of Albini Multiplier symbols that hold values of 1x to 5x. This modifier was accompanied by the Lily Extra Spins symbol that increased my current spin count by +1 every time it appeared.

This opt-in feature increased my bet by 50% and, in exchange, Money Gem and Collect symbols appeared more frequently in the base game and the Albini Multipliers and Lily Extra Spins symbols made more regular appearances during the bus round.

The Great Albini 2 slot delivers a balanced gameplay experience but it lacks some of its predecessor’s shine. I had a good time with this game although visually, it feels like a diluted version of the original with the graphics confined to a narrow frame as opposed to filling the entire screen. This made it okay to play on mobile, but distinctly lacklustre as a desktop experience.

The gameplay was the saving grace of this slot experience with the collect feature generating exciting moments in the base game and the bonus round creating increasingly lucrative winning chances up to $240 000 for filling all the reel positions with Money Gems. This game has many moments where it feels the part, but not enough where it looks it in my opinion.