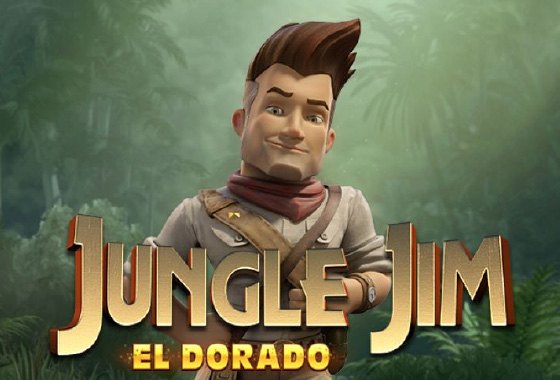 Join Jungle Jim and his techy gadgets on a quest through the steamy jungle of South America, to find the mythical city of gold, El Dorado.

This slot features the highly popular Rolling Reels feature, which is active during the base game as well as the Free Spins round. With this feature you get the chance to win again and again from each spin, with each consecutive win increasing the multiplier with up to 5 x in the base game.

The Free Spins round is activated when 3 scatter symbols (an intricate sphere) show up simultaneously anywhere on reels 1, 2 and 3. Winning possibilities go to a whole new level here as you are awarded 10 free spins, with the Rolling Reels feature carrying a possible 15 x multiplier! What's more is that you can re-trigger 10 more free spins should the scatter symbols show up again during any of your bonus rounds.

The Jungle Jim logo is wild and substitutes all icons barring the scatter symbol to form winning combinations.

Jungle Jim El Dorado vaguely reminds of Netent's Gonzo's Quest, and will no doubt become just as popular. Microgaming delivers an ace of spades yet again with this highly enjoyable video slot. The Rolling Reels feature always carries the promise of plenty good wins, in this case the highest potential being a massive 3680 x your wager!