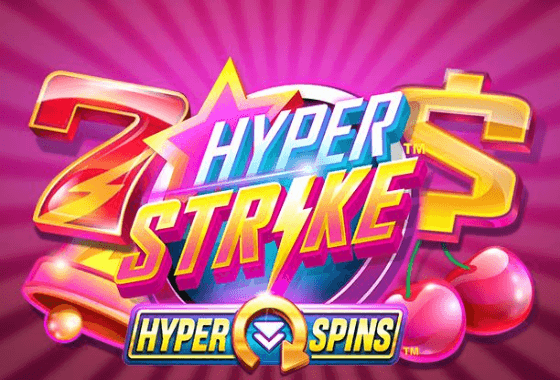 The only major difference between this slot and its base version is the addition of the HyperSpins feature, which may not sound like much, but it changes the whole game.

This feature gave me the option to respin any individual reel after a base game spin. This was instrumental in me completing high-value symbol combinations, achieving larger scatter prizes, and triggering the bonus round when I was a scatter short. Each respin cost me a specific amount displayed below the reel that corresponded to the respin’s potential to create a winning or triggering combination.

Hyper Strike HyperSpins slot doesn’t deviate from a winning formula and adds a touch of needed magic. The popularity of this title’s progenitor is undeniable so I think it made sense to leave it largely unchanged. The slot’s bright pink fruit machine aesthetic is still as arresting as it was when the original was released and the combination of scatter pays and a multiplier-enriched free spins bonus round is as rewarding as ever.

The addition of the Hyper Spins feature makes more of a difference than you might think, with the ability to respin individual reels creating an elevated gameplay experience where I felt a lot more in control of my relative destiny. The only downside was that I found it easy to lose track of how much I was spending on the respins, which is an important factor to keep in mind if you want to finish on top. The game’s maximum potential of $450 000, achievable in the bonus round, was also incentive enough to relive a modern classic with added impact.