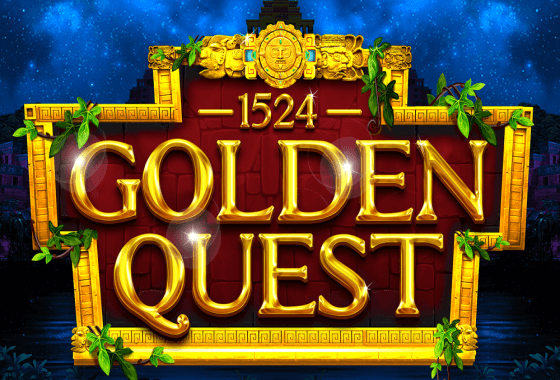 1524 Golden Quest follows in the fairly recent tradition of Neko Games’ bingo/slot hybrids with a four-ticket layout where I could choose to play 1-4 tickets at a time. The paytable is situated at the top of the screen, displaying the 19 possible winning prize patterns.

When I hit the spin button, thirty balls were randomly drawn per round, and I had to complete any of the patterns to claim a prize. After the balls were drawn, the extra ball stage activated if any of my enabled tickets only needed one more number to complete a winning pattern worth a 6x prize or higher where I could choose mystery bingo balls a maximum of twelve times before the game round would end. This came at an extra cost per ball, clearly indicated at the centre of the screen.

Aside from the bingo balls which are numbered from 1 to 90, special symbols including golden coins, and idols appear at certain points

The features here will feel slightly familiar to a slots player, with the Golden Pyramid bonus presenting the most spectacular potential returns.

The special wild ball allowed me to select my own numbers to close my bingo ticket, effectively allowing me to cross off a number that had not been drawn yet.

When I landed the Bonus 2 pattern, a picker game presented me with 12 coins to choose from that revealed metallic idols once selected. Revealing 3 matching idols paid me out prizes of 15x, 225x, 325x, and 500x my stake for matching the bronze, silver, gold, and platinum idols, respectively.

Landing the Bonus 1 pattern launched a 6-level pyramid bonus game where each level had 3 doors and behind each door was a prize or a startling flock of bats.

I began on level one and selected a door. If the door held a prize, I collected it and moved up to the next level, if the bats came out, the conquistador character would stagger and if he fell, the game would end with the prize I had collected, but if he stood strong, I advanced to the net level without a prize. Each level had one door with bats and two with prizes and the values increased as I ascended to the maximum of 2075x at the top level.

When I achieved the Bonus 3 pattern another picker game was triggered where I had to choose from 8 golden masks. The masks revealed prizes worth up to 1400x my bet or a collect message that would end the round and award me my accumulated prize.

The El Dorado jackpots became active when I played all four tickets. Certain balls held special gold coins which were collected in a progress meter above the game area. At the end of each round, the coins were tallied up and indicated the jackpot level I had reached. To get to the bronze, silver, emerald, or El Dorado jackpots worth 150x, 250x, 100z, and 5000x my stake, I needed 6, 7, 8, or 9 golden coins, respectively.

1524 Golden Quest slot proved to be a highly compelling experience with lots of interactive thrills. The Bingo/Slots hybrid game genre produces titles that I am always eager to try because of the interactive nature of the bonus features and the wide array of winning opportunities that titles like this and others like Pachinko or FU88, also by the same developer.

The tension and anticipation the gameplay generated when I was hoping to land a bonus pattern is unmatched in other slot types, however, I will say that triggering the bonus features was not an easy task for me, although the game was far from stingy, regularly handing out fixed jackpot prizes. While this type of game can feel a bit unwieldy when you start playing, they are quite easy to play and with a potential top prize of $200 000, there’s no excuse not to learn something new.