iGaming major player Pragmatic Play has released its latest title, Lucky, Grace & Charm, which is a 5x3 reel title with a vibrant Viking theme. The reels are backed by the image of an eerily glowing harbour and are framed in rope-bound wood and iron with the three female leads standing battle-ready, wielding Norse weapons of war.

The game incorporates the Mega Hold and Spin game mechanic, with mid-value symbols represented by Bunnies and Charms, while three fierce Viking heroines represent the high-value symbols. Landing  three Scatter symbols  awards you 12 free spins with a 3x multiplier that doubles if a wild symbol forms part of a winning combination.

In both the base and bonus games, if five or more Money symbols appear, the Mega Hold and Spin feature will activate. You will start with four respins, and any new Money Symbols that land will reset the count to four.

“We’re back with another Norse-inspired adventure, only this time; it is three female warriors at the helm of the ship. Lucky, Grace & Charm is packed with huge multipliers, exciting features and a variety of bonus modes to keep players entertained, and we expect the title to fare exceptionally well with our audience.” 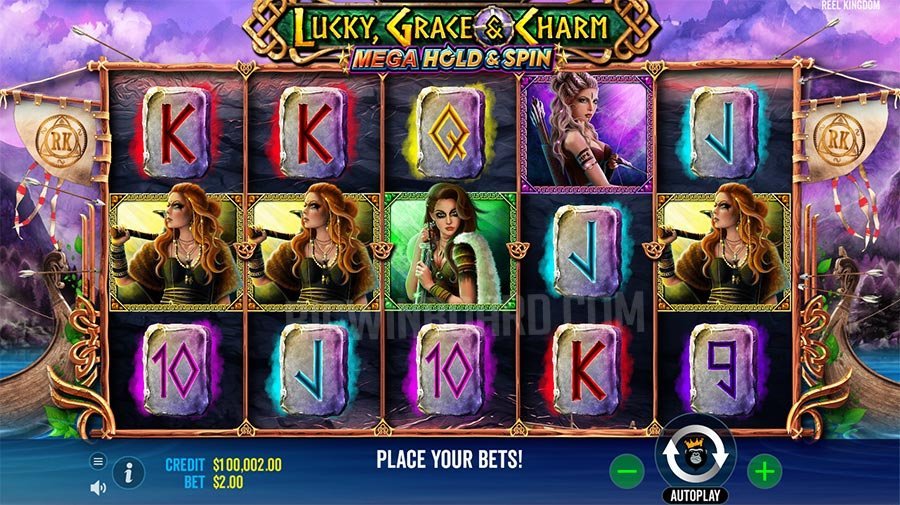