An $11 million winning lottery ticket was revealed to belong to a Prince Edward Hastings County resident, according to a statement by the Ontario Lottery and Gaming Corporation (OLG). The OLG stated that the winning Lotto 6/49’s jackpot ticket was sold in the area.

The huge prize was announced at the draw on Saturday, April 30. The regular draws for Lotto 6/49 occur on Wednesdays and Saturdays.

While the winner has not been revealed at this stage, the OLG said the jackpot was worth $11,036,139, and that another winning ticket for a guaranteed $1million had been sold in Scarborough.

Another recent Ontario lottery winner was so surprised by his good fortune that, in disbelief, he double and triple-checked to make sure it was real.

Hynes, who is employed as a construction worker shared that he only recently started playing the lottery regularly and that the win had come as a big shock.

"I saw a notification that said, 'You're a winner,' and when I clicked on it, I didn't believe it. I went straight to my email and then saw an email saying, 'You have big news from LOTTO 6/49," he recalled.

Hynes shared how he had immediately informed his mother who he said was “ecstatic” for him and revealed that he has been highly sceptical about the big win.

"Luckily, it was a slow day at work because my win was all I could think about,- I refreshed my email every two hours for a week to make sure it was real," he said.

The winner also shared how he intends to put some of his winnings towards finishing construction on the home he is building. 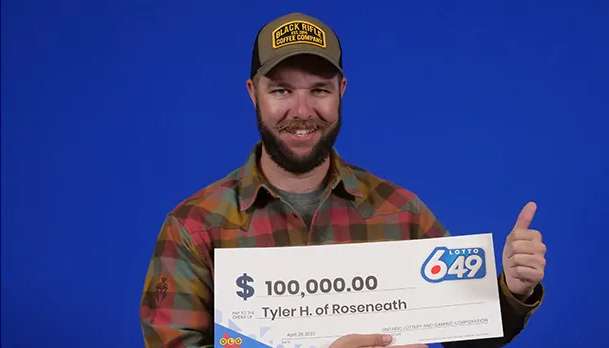