Yggdrasil Gaming takes us back in time to the wild frontier with One Armed Bandit, a 3-rows, 5 reels and 20 paylines video slot game where gallows serve as the reels. In this story, you team up with the fearless bounty hunter to drive some gun-toting desperados out of town. The highly volatile slot features respins with multiplier wilds in the base game, and free spins with crazy multipliers up to 20x – pushing your wins to a staggering 9,440x your stake! 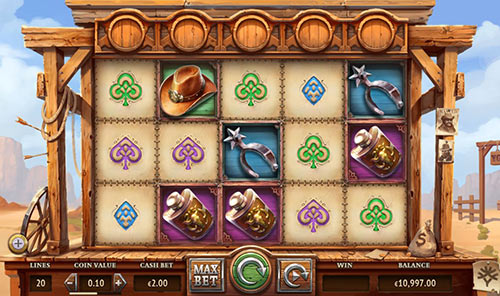 One Armed Bandit is a beautifully designed slot with equally appealing bonus features. You can win big in the base game with the 5x multiplier wilds, but the Free Spins feature is where the multipliers just go crazy, and with the maximum multipliers in play, you could win up to 9,440 times your total stake. One Armed Bandit is considered one of Yggdrasil’s best slot offerings and carries an RTP of 96.3%.