Fresh from sealing a partnership deal with 888casino and releasing its El Paso Gunfight xNudge slot in May, Nolimit City has another enthralling title in store this June.

Following the releases of its unmistakable titles that include Bushido Way xNudge, San Quentin xWays, and le xBomb, the developer is back with a super-powered battle royale as it prepares to release its new Infectious 5 xWays slot.

The new game is powered by freshly developed mechanics that add a unique edge to the fast-paced action. With its arsenal of unique mechanics like xNudge, xWays, xPays, and xBombs already making an impact, the studio is once again innovating its way to even more engaging player experiences. This time around, you will discover an enhanced version of xWays, a mechanic that first emerged in the slot East Coast vs. West Coast.

When xWays symbols appear, they transform into any symbol besides wilds or scatters. When this happens, they reveal 2 or 3 of the same symbol type and expand the reel height while increasing the number of ways to win. The superhero-themed slot has a 5×4 reel set with a base 1024 ways to win.

The theme is pure-comic book aesthetics with a line-up of unique costumed crusaders and dastardly villains with fantastical names like Mind Flayer, Havoc, Torch, Misery, and Toxicity.

Land 3 or 4 scatters to set off free spins where you can choose between the Toxic Hazard and Lock n’ Load versions of the feature that offer a mix of random wilds, sticky wilds and multipliers. For even more high-octane potential, land 5 scatters to trigger Infectious Spins: Mayhem Mode that comes with special gold Infectious symbols. Thwart the wicked and claim the game’s maximum potential of 55 555x your stake.

Per Lindheimer, the acting product owner at Nolimit City, said, “A classic superhero title isn’t Nolimit City’s way of doing things, so we’ve taken inspiration from the classic quote ‘You either die a hero or live long enough to become the villain’ instead. The game is built around the Infectious xWays mechanic, which makes it a very explosive game, so sharpen your knife and load up on ammo because chaos is coming.” 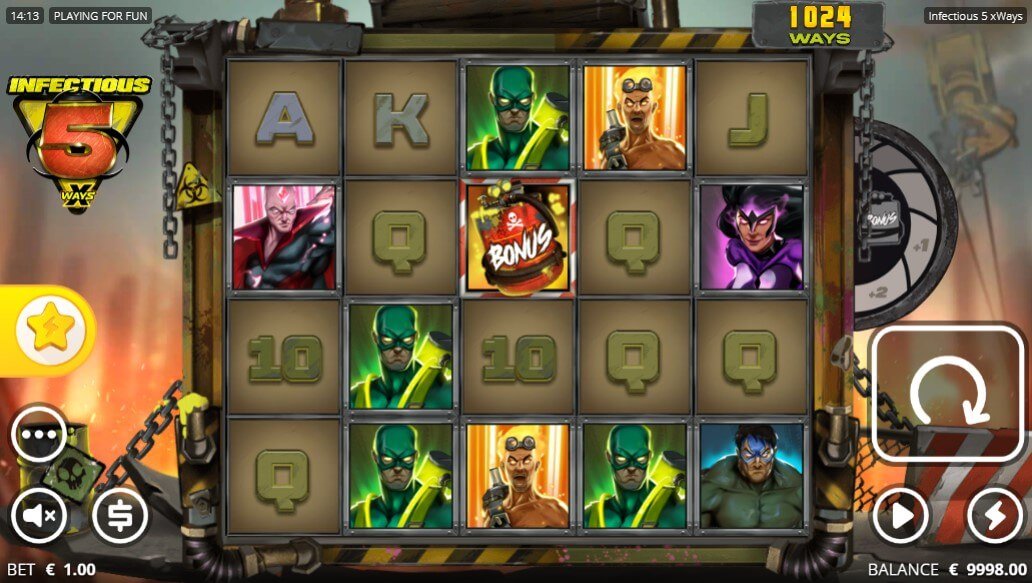