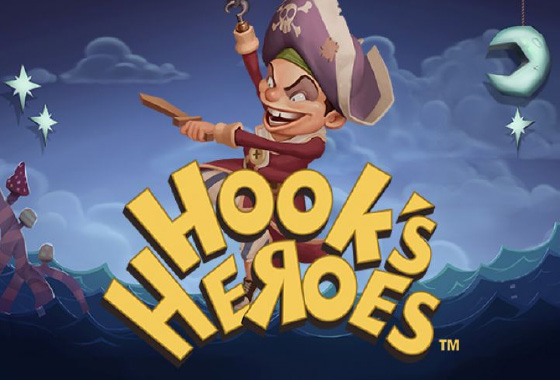 Pirate themed characters make up the high value symbols with Captain Hook as the Wild. He substitutes for all other symbols except the scatters - in this case the crocodile clad character.

The two bonus features in Hook's Heroes are the Free Spins and Feature Spins.

The Free Spins feature is activated when 3 scatters appear anywhere on the reels. Players then have to choose from three available free spin options:

Hook's Heroes is unlike any cartoon animated slot you've seen this year. Play now to find out why.