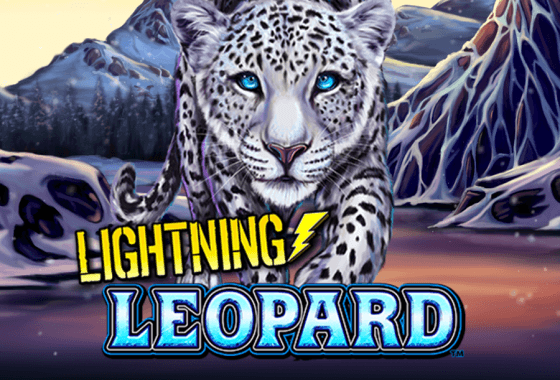 Respins are the dominant feature in this title and are also instrumental to unlocking the maximum jackpot.

When I filled the reels with 15 lightning bolts, I triggered the Flippin’ Retrigger feature where all the lightning bolts flipped over again to reveal even more cash prizes.

This feature randomly triggered at the end of a Lightning Respins round and awarded me 1 of 4 fixed jackpot prizes. The Mini, Minor, Major, and Grand Jackpots are worth 2.5x, 25x, 125x, and 1250x your stake, respectively.

Lightning Leopard slot has a great visual premise but falls flat on the execution of the theme and gameplay. When I launched the game I felt initial excitement at being presented with the image of a ferocious snow leopard, but that soon gave way to disappointment at the dated graphics which make it hard to believe this slot was created within the last couple of years. The Lightning Respins feature, combined with the retrigger and jackpot features does a good job of presenting the game’s winning opportunities, with a top possible prize of $62 500 up for grabs. While the gameplay would be sufficient to make this a competent title, presentation is everything and Lightning Leopard falls a bit short.