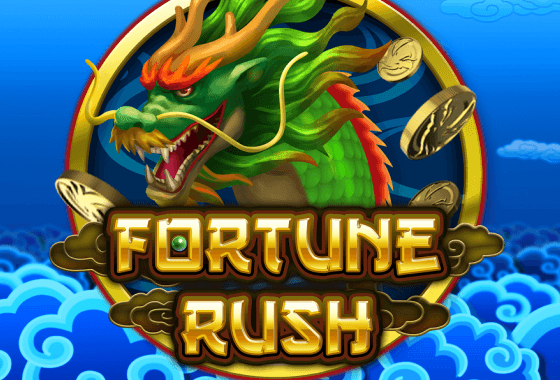 While free spins are nowhere to be found, I felt that the respin-heavy bonus features more than compensated for their absence, although jackpots would have been nice.

As I went for my first spin, a random high-value symbol was chosen to be the Rush symbol for the next 20 spins. When I landed 3 or more of the chosen symbol, the reels containing them remained locked in place while the remaining reels got a respin. When a new rush symbol appeared, I got another respin. Once I got to the 20th spin and It was time for the special symbol to change, Rush symbols appeared on reels 1, 3, and 5, giving me a guaranteed respin and ultimately leading me to the Lucky Draw bonus feature when I landed at least one Rush symbol on each reel.

Once I got my Rush Symbols lined up, I was transported to a different reel set where the triggering symbols were locked in place and I was awarded 3 respins. When a new Rush symbol landed, it also became sticky and my respins were reset to 3. The feature ended when I ran out of respins and I was awarded a prize based on how many Rush symbols I had collected. Filling the grid with symbols would have also brought the feature to an end.

Fortune Rush slot took me a bit by surprise with an uncommon feature that helps it stand out. I wasn’t exactly wowed by the slot’s visuals. Asian-themed slots are prevalent in the marketplace so this one’s theme does little to differentiate it from the crowd. The Lucky Draw feature is a ‘Hold & Spin’ experience without the jackpots, so it’s left to the Rush symbols to provide the real excitement, which they do adequately, with chains of respins that bring in some decent and frequent wins. As an overall experience, I found this title to be a bit lacklustre, but I expect that fans of the basic aesthetic who are after the top prize of $235 000 will likely enjoy this slot.