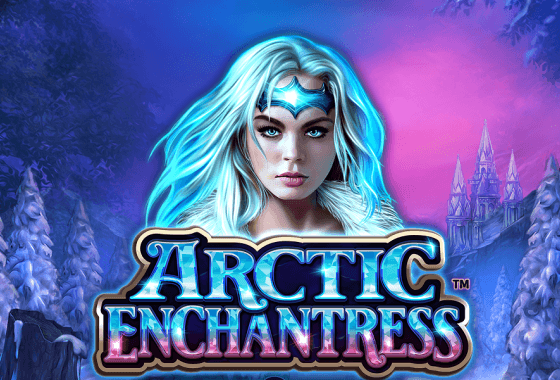 I hit a lucky spin and landed 3 scatters on the reels which awarded me 10 free spins. If I had got 4 or 5 scatters, I would have received 15 or 20 free spins, respectively. Whenever the Enchantress wild landed partially in view on the reels, it was nudged fully into view, giving me a much better chance at achieving winning combinations.

The Ice orbs appear regularly throughout the game and once I managed to land 6 of them on a single spin, they stayed locked in place on the reels and I was allocated 3 respins. While the respins were in progress, only ice orbs bearing cash values of between 1x and 50x the stake and jackpot orb symbols appeared, and if either of them landed, they too became sticky while resetting my respins count to 3.

When I filled a column with symbols, the Column Boost feature kicked in, increasing the values of any cash symbols that landed on it. When my respins eventually ran out, the combined value of all the cash symbols in view paid out to my bankroll, and if I had landed any jackpot orbs, I would have claimed a corresponding prize worth 15x, 75x, and 250x the stake for the Mini, Minor and Major jackpots, respectively. Filling all 15 positions with symbols would have paid me the Mega jackpot worth 5000x the stake.

Arctic Enchantress slot integrates a lucrative twist with a tried and tested format to good effect. I have to admit that the theme felt a little dated to me at first, but it is so well put together and the atmospheric soundtrack completes the fantasy experience. The game bears quite a bit of similarity to other Link & Win titles but breaks the mould a bit with the Column Boost feature that elevates your winning potential. The slot promises a moderate maximum possible payout of $270 800 with plenty of smaller winning opportunities along the way. If you think you’ve seen it all when it comes to Link & Win titles, give Arctic Enchantress a spin, the little surprises might just change your mind.