Lucky Manitoba resident, Jerry Knott, forgot about his purchase of a Lotto MAX ticket from Drifters Restaurant & Service in Lac du Bonne until just over a month later. As it turned out, the ticket, which had been sitting in his wallet held riches beyond his wildest dreams.

Knott, who hails from Wasagamack, was in Winnipeg for his daughter’s wedding when he discovered that the ticket was a winner, with a spectacular $20 million prize lying in wait.

Knott shared how the realisation that he was a multi-millionaire dawned on him.

“I saw a two and a bunch of zeroes and thought, ‘Cool! I won $20,000’. The store retailer looked at me with wide eyes and said, ‘This is the missing ticket’.

“I didn’t know what she was talking about until she scanned it again and I saw there were a few more zeroes than I had originally thought. That’s 20 and six zeroes, $20 million,” he recalled excitedly

Knott revealed that he intends to pour the majority of his winnings into an existing family dream project on Big Stone Lake in northern Manitoba.

“A while ago my father set up some reserve status land on Big Stone Lake. My brother and I decided to build some cottages on the lake to be used as a treatment centre or a wilderness experience. We were inspired by all of the big companies that have come up north to build remote fly-in fishing resorts,” he said. 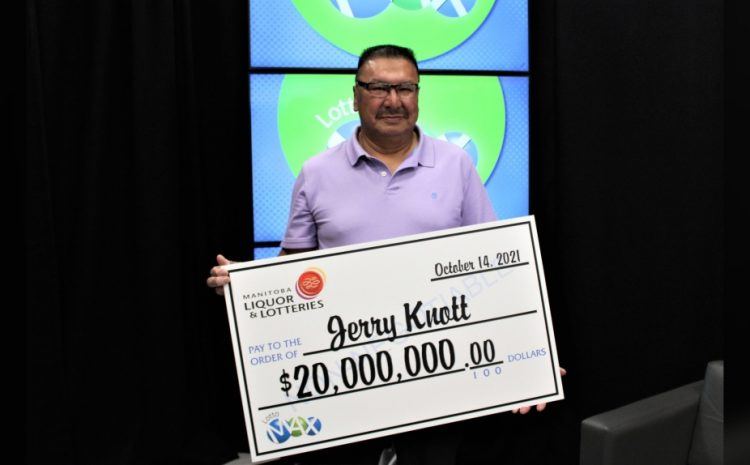