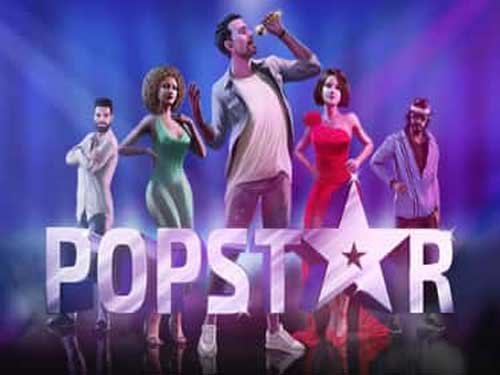 Gaming Innovation Group Inc. is a top-rated game developer and it is launching their 4th online slot by the title POPSTAR. The game offers 5×4 reel experience and can be played on desktop as well as on mobile. The game is inspired from and based on a television talent show that brings forward aspiring singers. The game has been created in collaboration with a Swedish pop star, Erik Segerstedt. The game shows the story of the singer as how he rose to fame.

Main features of the game

In the beginning of POPSTAR, the background is that of a large stage. There is an audience as well as judges just like it happens in a music reality show. There are symbols in the grid like 9, 10, J, Q, K and A along with some notable and potential popstars as well as a golden microphone and some more. In the very base mode, there is an audition game and there will be finals in the bonus mode. As players start playing, judges give golden tickets and these are collected by the players. Players earn re-spins with these tickets during gameplay.

The managing director of the gaming company has high hopes that POPSTAR will also be a huge success like the previous releases. The game is a collaboration between Eric Segerstedt, the Swedish music artist and GIG. The special effects and the sound effects of the game have been created by Eric itself. Two songs and an album are also being released by Eric, which are featured in the game.

The gameplay alignment and the theme of the game are two important factors that decide the success and popularity of any video slot game. This is opined by Kevin Corti, who is the head of the product at Gaming Innovation Group Inc. POPSTAR has both these features. Thus, the game is not only interesting but also offers big opportunities to win the game.

CasinoEngine is the casino content aggregator of EveryMatrix and iGaming Integration Platform as well. With the partnership, operators and players will have additional gaming content and more flexibility to enjoy. The partnership also helps the firm in making a place in the online gaming industry.

With the collaboration, the casino games of the company will be able to reach to various operators in the world.