Prominent slots developer, Pragmatic Play has added two new slots to its portfolio that transport you to ancient realms to win amazing prizes.

Eye of the Storm

Eye of the Storm slot is a collaborative project Pragmatic developed with the Reel Kingdom brand. The high volatility game has a 3x5 reel layout that features striking graphics and sets you on an adventure where you will search for the Queen’s treasure among ancient temples.

The game’s symbols are recognisable Egyptian iconography and include the most valuable Eye of Ra symbol that pays out up to 50x your bet for 5 of a kind.

The new release also includes an Expanding wilds feature and casino spins that you trigger by landing three or more pyramid symbols on the reels. The free spins are accompanied by an unlimited retrigger feature for massive winning potential.

Chief Business Development Officer at Pragmatic Play, Yossi Barzely said, “Eye of the Storm is another fantastic addition to our offering in partnership with Reel Kingdom. With alluring gameplay and a host of bonus features unique to this title, this title really brings something new to our library of premium slots. We expect it to go down a treat with our players.”

The Hand of Midas

The Hand of Midas is a 5x3 reel, highly volatile slot that plays out against the backdrop of an ancient Greek temple complete with towering pillars and an atmospheric soundtrack to complete the experience.

The King Midas symbol holds the most individual value in the game and can pay out up to 20x your stake.

Landing three or more Scatters on the reels activates the bonus game where you are awarded a random number of free spins. Wild symbols become sticky while this feature is active and Midas’ golden generosity means that you could score some extra consolation spins.

Yossi Barzely, Chief Business Development Officer at Pragmatic Play, said: “The Hand of Midas takes players to the land of the greedy Greek character as they look to help relieve him of his wealth on the reels. Our exclusive portfolio of slot games continues to grow every month, and new titles such as The Hand of Midas allow us to reach even more players and create more engaging content for them.”

Eye of the Storm and The Hand of Midas are two new titles in a series of successful recent releases including Madame Destiny Megaways, Congo Cash, and Emerald King Rainbow Road. The company intends to accelerate its market presence with consistent releases of premium content.

At the moment, Pragmatic Play releases up to five new slot titles a month, alongside its Live Casino and Bingo products as part of its multi-product portfolio, available through a single API. 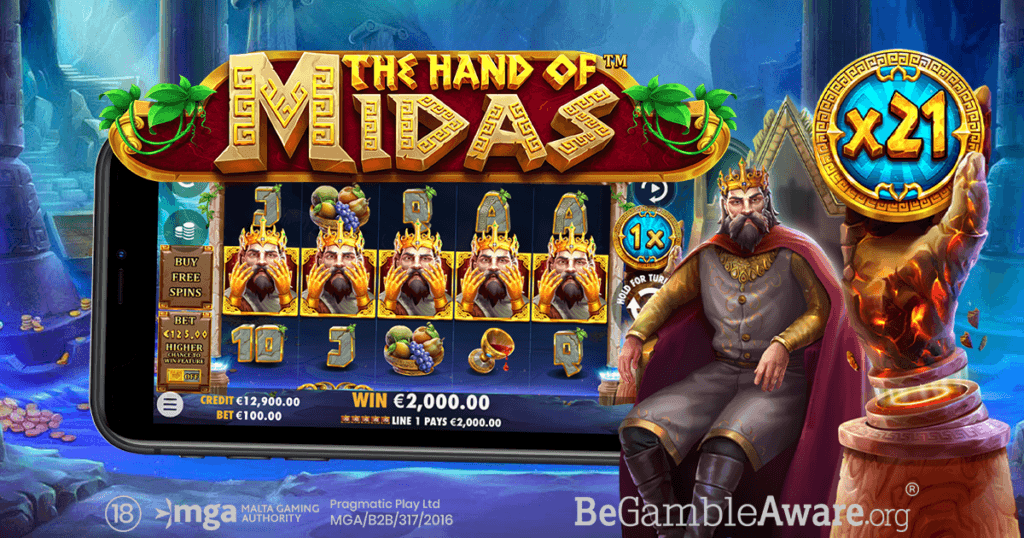