Entertainment Blog6 Haunted Halloween Slots To Spook Up Your October

October is the month of Halloween where ghouls, ghosts, gargoyles, and other creatures are the order of the day. This selection of spooky, scary, and spectral slots is perfect to get you in the mood for the costumed festivities 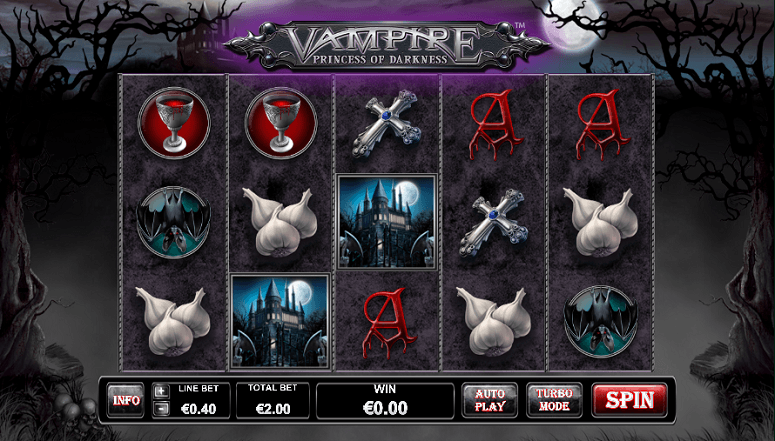 This Vampire themed title brings you into the world of a striking undead beauty and her macabre fortress. The fanged temptress herself appears as a symbol alongside goblets of blood, inverted bats and vampire fighting gear like crosses and garlic. This is a 5x3 title with 5 paylines and high volatility where a graveyard conceals amazing prizes.

The Princess of darkness is the wild symbol, standing in for any other symbol besides the scatter to help you complete lucrative combos. Land 3 gravestone scatters to be transported to the Graveyard Bonus where you pick one gravestone each from 5 rows to reveal cash prizes or a collect icon that ends the feature. Brave the grim castle and you could claim an amazing 7500x your stake top prize. 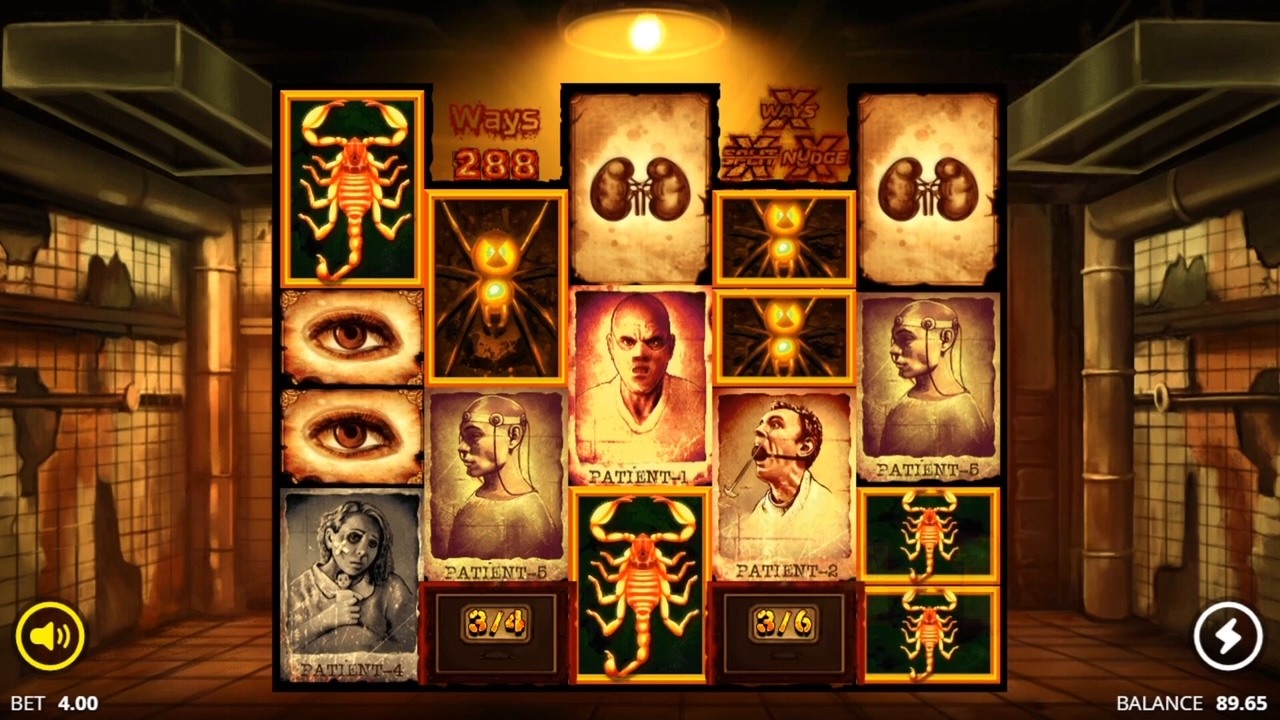 Not all horror is supernatural, sometimes being caged up with the crazed inhabitants of a decrepit, torturous insane asylum is the most terrifying prospect one could imagine. This is the premise of Mental where weathered portraits of maddened and restrained patients appear on the reels against the backdrop of the rusty enclosures where they are detained. This high volatility title sports a 108 payline and 3-2-3-2-3 reel format where spider symbols creep onto the reels to transform into high-value symbols or special icons that help you trigger special features. 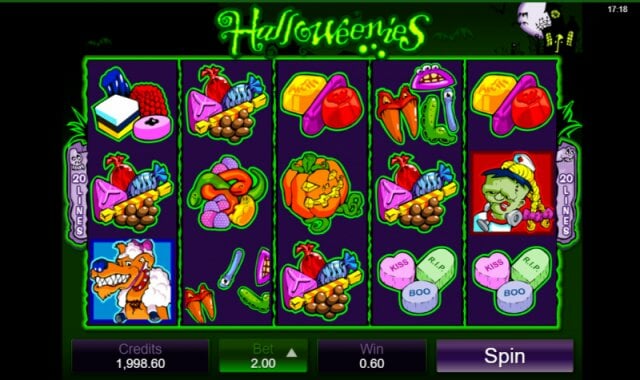 Candy is the best part of Halloween for children of all ages and this classic slot title is filled with sweet sticky delights. The 5x3 reel, 20 payline format plays host to trick-or-treaters in crazy costumes and piles of delectable candy.

The low volatility gameplay has a couple of bonus features to help you fill your swag bag with sweet winnings. Land 3 creep bunnies on the reels for 13 free spins with a 3x multiplier and If 3 jack-o-lanterns appear on the reels, you get to play the Pick a Pumpkin bonus game. The game’s potential tops out at 13 000x your stake so get on your best costume and head out into the night. 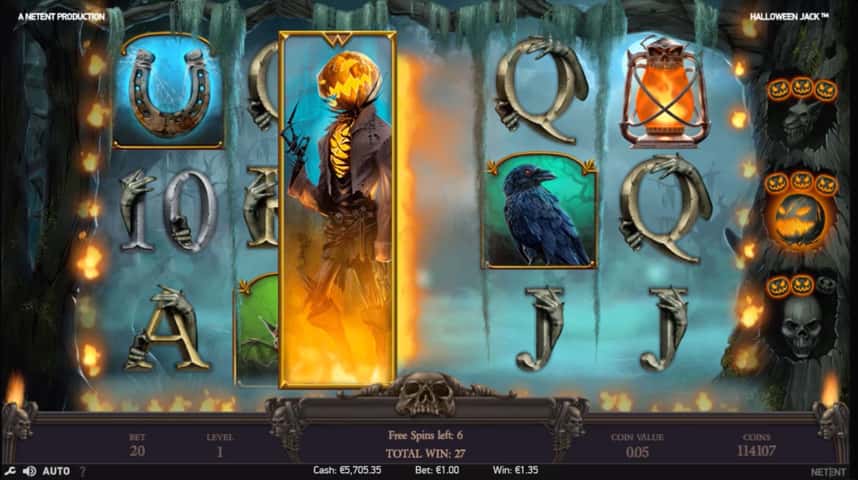 There’s nothing like the image of a ghoulish, pumpkin-headed demon to strike terror into the hearts of even the bravest among us. A ghastly entity of this sort haunts this online slot title that celebrates creepiness on 5x3 reels set between cracked stone pillars with 20 paylines and high volatility. A gloomy graveyard shrouded in mist is the background image for this terrifying title where a possessed girl, demonic animals and the aforementioned pumpkin ghouls feature as symbols.

Land 3 treasure chest scatters will award you 15 free spins with the chance to add more before the feature ends. Collect special lantern symbols to trigger special walking wilds that add a 3x multiplier to every win. Gird your loins, grit your teeth and see if you’re spooky enough to claim the 3000x your stake top prize. 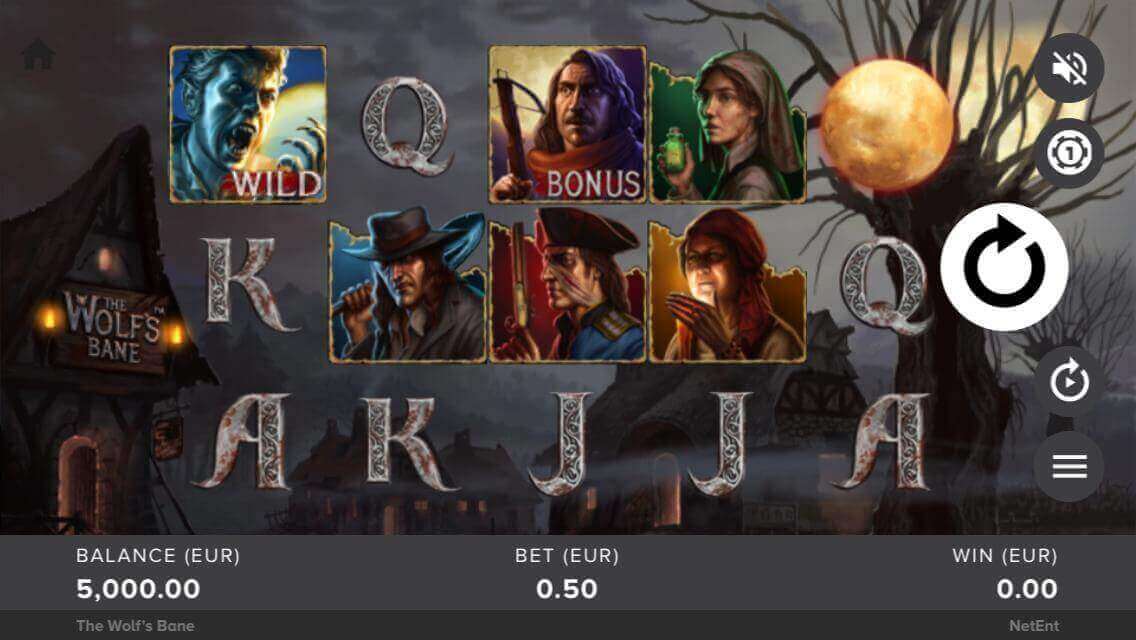 Werewolves menace your village in this Low volatility, 5x3 reel, 10 payline title and it’s up to you to defend your home. A forest illuminated by the glow of an ominous full moon forms the background for borderless reels that feature battle-ready villagers and terrifying lycans.

When the bonus symbol appears on reels 1, 3, and 5, the Pick and Click feature kicks in, where you could claim a cash prize between 5x and 50x your bet. When 3 full moon scatters land, the werewolves are summoned where various stages of human transformation into the horrific hybrids are depicted as regular, expanding, spreading and multiplier wild symbols. Make it through the night and you could secure the slot’s maximum potential of 500x your stake. 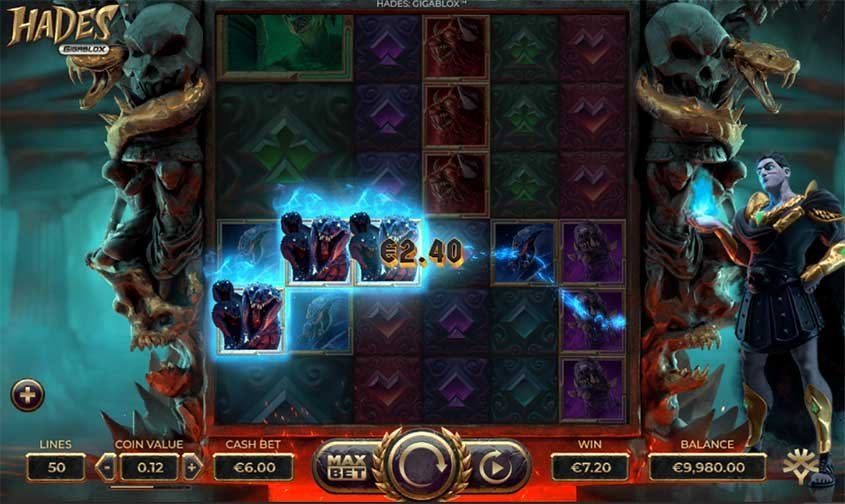 The underworld is the place where bad things go and grow and in this medium volatility slot title, you explore the Ancient Greek version of hell where horrifying mythical creatures of the darkness emerge and the god of the damned himself appears to help you on your quest for riches. The game plays out on a 6x6 reel grid with 50 paylines where massive symbols can dominate the screen.

The Gigablox mechanic generates giant symbols sized between 2x2 and 6x6 on any spins and hades will randomly activate the Wild Hunt feature where he battles monster symbols, turning them into wilds. Landing at least 5 Cerberus scatters triggers free spins where every monster that Hades defeats will fill a multiplier meter to the left of the reels and give you up to a 10x progressive multiplier while the feature is active. Can your soul endure Hades’ fiery realm and help you win up to 11129x your wager?