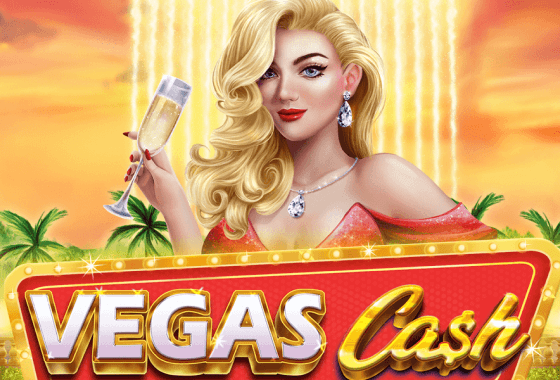 While the features are reminiscent of previous SpinPlay titles, this game has a unique edge that sets it apart.

When a full stack of wilds landed on the top or bottom reel set, it was copied over to the other. Any bonus symbols covered by the copied wilds remained active.

Landing a full stack of wilds on both reel sets on the same spin triggered a single reel bonus spin where I was awarded multipliers worth 2x to 10x, or one of four fixed jackpot prizes. I soon realised I could land up to 6 high rollers on a single spin where any multipliers were combined and applied to my total line wins.

Speaking of the jackpots, I was in line to win the Cherry, Double Gold Bars, Triple Diamond, or Vegas Cash jackpots that were worth 10x, 50x, 500x, and 5000x my stake, respectively.

When 3, 4, 5, or 6 scatters appeared on the reels, I was awarded 10, 15, 25, or 50 free spins, respectively. Any wild stacks that landed were always nudged fully into view and the High Roller feature was triggered if nudges happened on both reel sets on the same spin. I was also able to retrigger the feature by landing 3 or more scatters while it was active.

Vegas Cash slot transcends mundanity with extreme commitment to its theme and inventive features. There are a lot of Vegas-themed slots and this particular title looks like most of them at first glance. The graphics are bright and bold, but dated. I did eventually warm up to the visuals which were cheerful and charming, along with the animations and the schmaltzy soundtrack that created a fun and immersive experience.

The slot showcases the developer’s adaptive ability, particularly in the case of the Copycash Wilds feature which resembles innovations from other slots, but stands out in the crowd thanks to the inclusion of the High Roller feature which was the path to the game’s top prize of $255 750. The glitzy Vegas theme might not be to everyone’s taste, but if the flashing lights of the strip are your cup of tea, I can’t think of a better game to jump into right now.