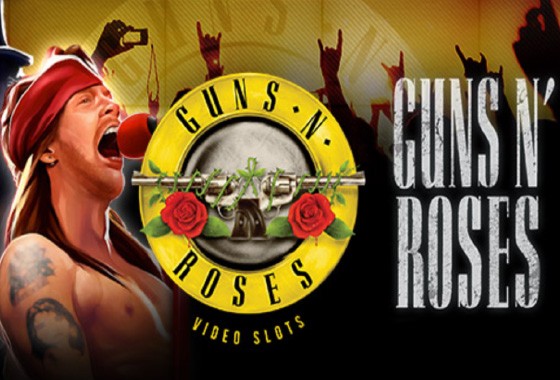 The Guns N' Roses symbol acts as the Wild and it can appear on any reel except the third one during the Appetite for Destruction feature. The Wild replaces all other symbols barring the bonus symbol depicted by a vinyl record.

When a Wild hits the reel it expands to give more winning chances. The expanding Wild can substitute for all symbols except the Appetite for Destruction Wild, the Overlay Wild in the Legend Spins, and the overlay Stacked Wild in the Encore Free Spins.

Appetite for Destruction is an overlay Wild that can be triggered at random. It shows up in the shape of a cross that is either fully or partly formed. It replaces all other icons.

The Legend Spins feature awards three re-spins accompanied by Stacked Wild reels, and can be triggered at any time.

The Solo Multiplier awards random x 4 to x 10 multipliers and is triggered when there are at least three matching symbols on an active payline.

The Spinning Bonus Wheel is an additional bonus feature that awards prizes ranging from cash (Coin Win feature) to free spins (Encore Free Spins) when three bonus symbols show up on reels one, three and five during the base game. The bonus game also features the popular Click and Pick style game consisting of three levels for more cash prizes.

NetEnt did a stellar job with the Guns N Roses slot - the first of its kind in a tributary rock trilogy. Players will be captivated by the memorable music and generous bonus features. Guns N Roses is a medium variance slot with a max payout potential of 225,000 coins.