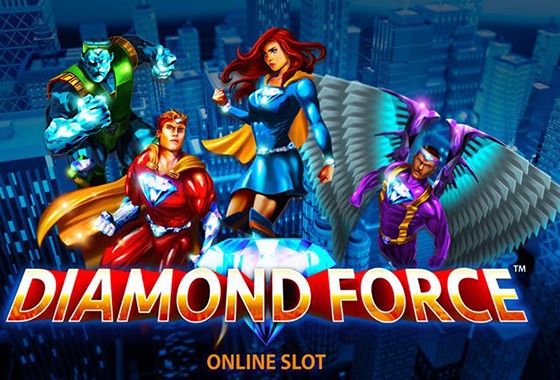 Microgaming has produced another great looking slot in Diamond Force, but some problems lurk beneath the surface. The visuals are undeniably eye-catching, etched out in bold comic-book style and the game's animation and music are perfectly matched and executed. The RTP of 96.53% is generous and pairs well with the high volatility of the slot which offers an impressive-looking 13;175x your stake as the slot's maximum win potential.

The game's features feel fresh and new, reimagining classic bonus features to add a sense of novelty. This title's challenges creep in when you consider the low values that the game's symbols offer for combinations and the fact that while the theme is visually impressive, it hasn't been fleshed out beyond the game's appearance to include any kind of story or depth relating to the characters. Diamond force certainly starts strong and makes a good first impression.

The gameplay is fun and appealing; however, it is a few faults short of being an amazing slot.