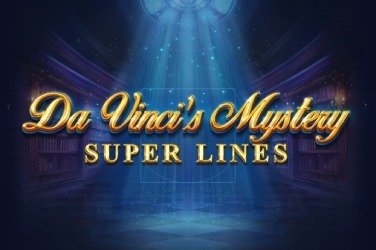 This title relies more on nifty mechanics than spectacular bonus features to make an impact, although the free spins round packs a massive punch.

The Super Lines mechanic allows you to form winning combinations from matching symbols on a payline, even if they don’t land next to each other.

Land 3 or more scatter symbols anywhere on the reels to claim at least 10 free spins.  Landing 3, 4 or 5 scatters during the feature will award you 10, 20 or 30 extra free spins, respectively.

While the feature is active, a Symbol Multiplier applies to each win. This multiplier is dependent on the number of symbols involved in the winning combinations and the modifier increases the multiplier for that particular symbol. Another neat mechanic that shows up during the bonus round is Cascading Symbols, which causes winning symbol combinations to vanish from the reels, allowing for new ones to fall in their place.

This title offers mostly straightforward gameplay. You can change your bet level, adjust your spin speed and determine your autoplay settings from the main screen. Things do get a bit more involved when it comes to understanding the Super Lines and Symbol Multiplier mechanics, but there is no teacher like experience, and you will have the hang of it after playing for a little while.

Da Vinci’s Mystery Super Lines slot is an impactful minimalist game that delivers engaging gameplay and enticing wins. This title manages to keep to a fairly basic gameplay approach while injecting a thrilling combination of features and mechanics that make it truly stand out. The visuals are quite pleasing with Da Vinci’s classic concepts juxtaposed against a more modern-feeling environment.

I found the game’s math model to be fair as it offered somewhat frequent rewards, despite the high volatility. The base game was enhanced by the Super Lines, but the real action was in the bonus round where the Symbol Multiplier and Cascading Reels made big wins a reality. This game doesn’t feel overly original, but it offers enough in the way of innovative features and an enticing top possible prize of $104 608 to make it a decent diversion.  If you’re looking for more games featuring historical figures, check out Huangdi The Yellow Emperor, or Cleopatra.