Following its successful entry into the Spanish market, iGaming developer Stakelogic is inviting you into the delightfully dark world of the undead in its new video slot, Dracula.

The new title is optimised for play on any device and is drenched in Vampire imagery with an eerie soundtrack to complete the mood as bats randomly screech across the screen. The game’s 5x3 reel, 25 payline format is set Against the image of a foreboding castle where the titular lord of the undead resides.

In this low to medium volatility horror game, you stalk through Dracula’s opulent mansion on the hunt for a monster with free spins, random wilds, and a pick-and-win mini-game where you select from 12 ornate chests in your arsenal.

If three skeletal scatter symbols land on the reels, you will trigger the bonus feature and receive 10 free spins and a 3x multiplier. Land three more scatters to retrigger the feature for 10 more free spins.

The Crypt Bonus Game is activated when three or more bonus symbols appear and if four or five of them land, you will get an additional 1.5x or 2x multiplier. The Super Stake feature boosts your chances of triggering a bonus feature in exchange for doubling your bet.

Using the gamble feature after a win gives you the chance to double or quadruple your winnings with a playing card guessing game.

CCO at Stakelogic, Olga Bajela praised the new title as a “visually striking online and mobile slot,” and said it was “designed and developed to deliver an engaging and compelling player experience from the first spin to the last.”

She further stated that the game is “packed full of features including our innovate Super Stake mechanic which delivers truly frightening big win potential with every spin. Dracula is a great addition to our growing portfolio, and I am sure it will prove to be incredibly popular among players.”

This new release was preceded by another significant event for Stakelogic, the signing of a partnership agreement with leading online poker, sports and casino operator, PokerStars. The deal will allow the developer to launch its content with The Stars Group-owned online poker cardroom and gain its first-ever entry into the enter the Spanish market for the first time. 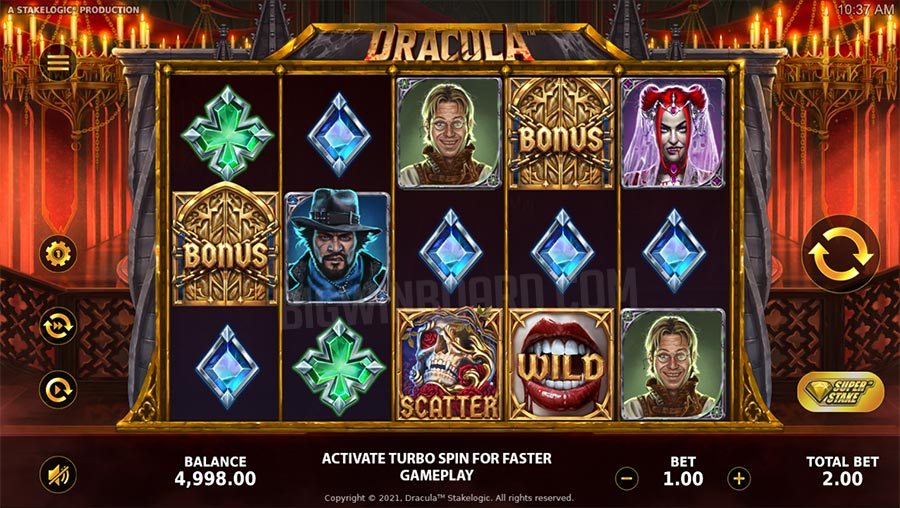