Red Rake Gaming, the well-known developer of online casino content, is about to introduce something new to its fan-favorite array of products. The players are going to be delighted at the launch of Red Rake Gaming's new progressive tournament. 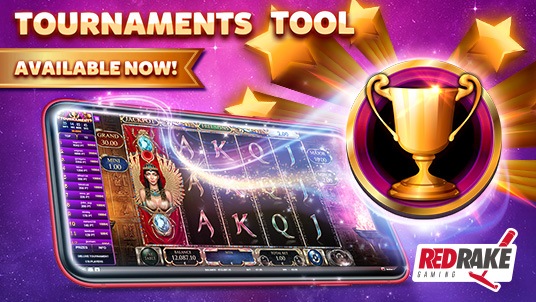 An Important Addition to the Offering

With the implementation of this functionality, Red Rake Gaming will let its partners conduct progressive slot tournaments on some of the most popular releases by the company. This option also comes with a seeding feature of upcoming tournaments. It would be a unique option that will provide a new experience to all the participating real money slot players.

With the implementation of this feature, the players using Red Rake Gaming will get an opportunity to make cash on their spins and track their results in real-time. Red Rake Gaming hopes that this new gamification layer would be helpful in attracting new players and offer a better experience to the existing player base.

Reports suggest that all the Red Rake Gaming partners can use these tools. It will be available for the entire portfolio of games offered by the company as well as in the greenlighted market.

The introduction of the progressive real-time tournament is going to motivate players and increase the possibility of retention. At the same time, it will also help the partners of Red Rake Gaming achieve the marketing goals that they have set. The features present would allow the users to customize the new tool according to their plans and create lots of possibilities for the operators and the players.

Nick Barr, Managing Director at Red Rake Media, talked about this new tool's launch. He says that the company is excited to bring these new features, which allow the partners of Red Rake Media to create tournaments using the content present in the tool while enhancing the player experience at the time same time.

According to Nick Barr, the upcoming gamification tool would greatly increase the company's offering, thanks to its unique functionality. He added that the review from the pre-release was amazing and that Red Rake Media is excited to see this new tool in action.