Red Rake Gaming’s new slot title is packed with fun Irish folklore and plenty of willing chances. The new game, O’ Bryan’s Funland was released on 25 November and features a 5x6 reel, 50 payline format during the base game and 5x10 reels and 100 paylines when a special feature activates.

This title is something of a sequel to an earlier title by the same developer, Ryan O’ Bryan and the Celtic Fairies as they both focus on the adventures of a jolly leprechaun protagonist. The action takes place in an enchanted forest with magical creatures and piles of gold inhabiting the reels.

The falling Ryan symbol sets off one of the slot’s bonus features by expanding the reels to 10 rows in height when it tumbles down a reel. This is called the Growing Reels feature, and when it is active, Golden Pot wilds and Ryan Wilds fly horizontally across the reels, stopping on random positions. Golden pot symbols can randomly transform into cash prizes.

To experience the lucrative free spins round, you will need to land 3 or more scatters on the reels. You will receive up to 20 free spins and you will activate the Funland Advances feature that can award you multipliers up to 5x, random wilds, and random fairy symbols, among others.

O’ Bryans’ Funland joins Red Rake’s growing selection of leprechaun-themed titles and is a fresh addition to the developer’s iGaming catalogue which comprises over 40 titles, available in more than 22 languages and 100 currencies. 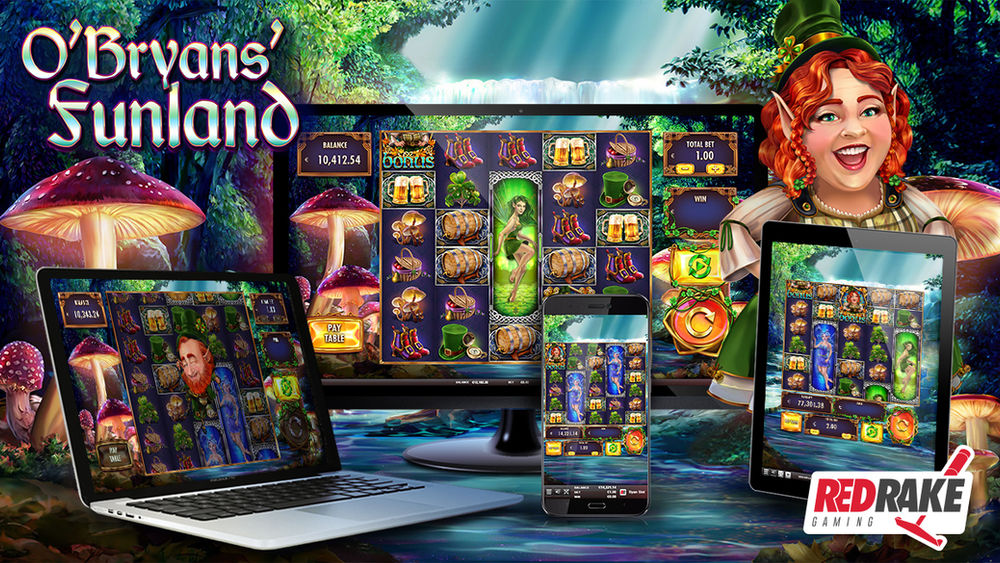