The title’s protagonist Max Dangerous, a courageous archaeologist who sweeps you up in his feature-filled adventure packed with winning features.

The slot’s 5 meters: whip, plane, skull, hat and chalice fill up each time you achieve a win with the corresponding symbols. The meters fill up by as many spaces are there are symbols in each winning combination. The WILD symbol operates independently and does not fill up these meters.

The Whip meter increases your bet and transforms enhances all instances of a symbol with a multiplier and all wilds on the reels will gain the same boost. The multiplier values merge into one.

The Plane meter replaces an entire row of symbols with new ones, except for wilds, The Skull meter adds 3 sticky wild symbols to the reels where each wild has 3 ‘lives’ that are removed each time the symbol is involved in a win.

The Hat meter transforms the first 3 symbols in the second reel into wild symbols and 3 more will be added to the concealed upper reel positions.

In the upper positions of the reel that are not yet visible. When you land a win, these will fall in sequential cascades.

Filling the Chalice meter grants you 12 free spins where multipliers are added to boost your winning potential. The slot’s fast-paced action and enjoyable soundtrack keep you engaged as you spin.

Max Dangerous and the Lost Relics went live on 24 June at all Red Rake Gaming operators, and is also included in the developer’s recently released tournament tool. 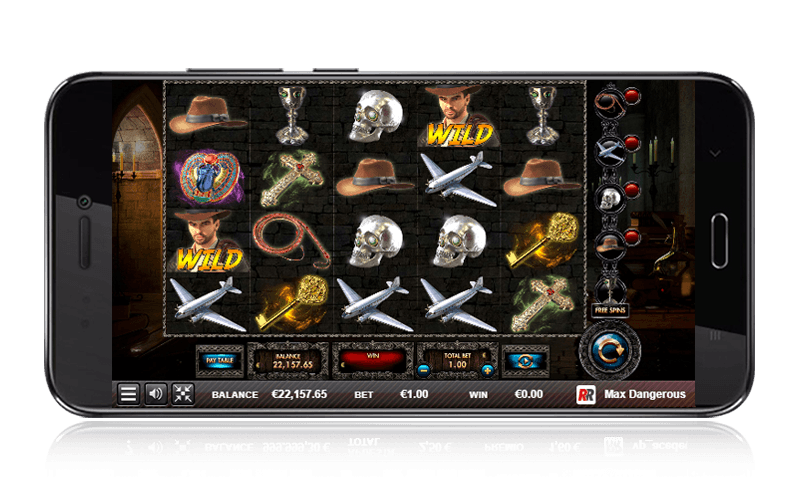