Play'n GO wrapped up a successful 2020 with its final title for the year, Piggy Bank Farm. Take a tour of a charming farm in this cute adventure with impressive winning potential.

Play'n GO had a productive year with a string of successes that began in January 2020 with the release of the hugely popular Legacy of Dead Slot which was followed by several other successful slots including Riches of Robin Slot, Rich Wilde, and the Shield of Athena Slot, and Dawn of Egypt Slot.

These are just a few of a series of releases that gained significant popularity with titles such as Diamond Vortex, Gold Volcano, and Riddle Reels: A Case of Riches also offering players entirely fresh entertainment experiences. The past year also saw the release of several major sequels, including Reactoonz 2 Slot that saw record-breaking player engagement immediately after its launch.

This casual slot has a 5x4 reel format, and you accompany Farmer Joe who has planted plastic pieces concealing precious coins across his farm where a whole field of piggy banks can sprout.

With a myriad of ways to boost your winnings and a charming theme, Piggy Bank Farm Slot seems set to become a fan favourite over the year to come.

Play'n GO's CEO Johan Törnqvist commented on the release, saying that the company has observed itself "progress and raise the bar year on year and, while 2020 represents our most outstanding achievement to date, we're still looking for more."

"We will continue to innovate, to entertain and to provide world-class services to our operating partners, as we look to cement our place as the worlds' number one supplier, 2020 was great, 2021 will be even better." He concluded. 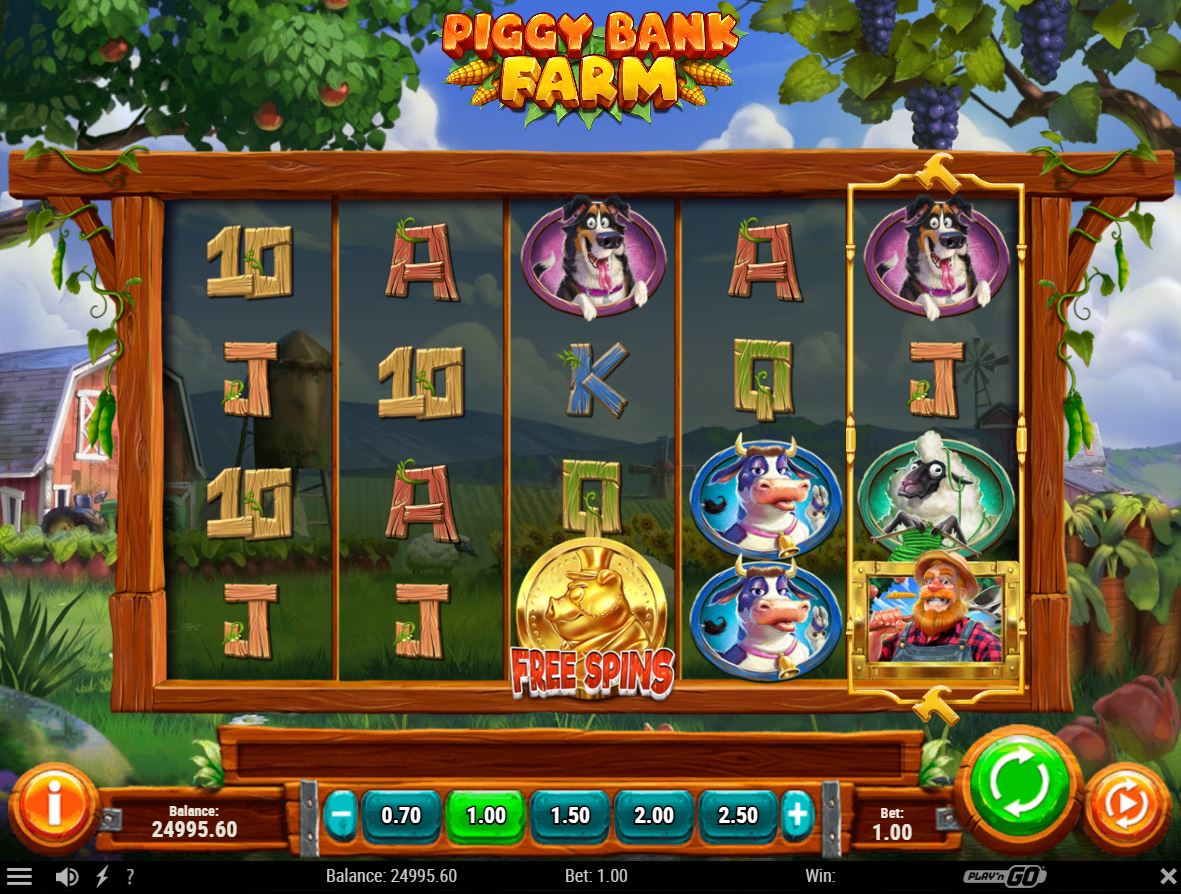