Pink Elephants 2, is set to be released by Thunderkick as a sequel to their well-known 2017 title. This slot is set to launch in May, and that’s not all. At Casumo Casino, you will be able to play this latest title exclusively for a period of two weeks. Read further below to know more about it.

Pink Elephants have come back to the reels! This brand new title which has been brought to the gaming world by Thunderkick has a structure similar to its original slot that comes with a 6×4 layout and has 4,096 ways to win. This conceptual game carries you to a mountain where you come across goats and pink elephants, the latter of which are the most lucrative symbols. The complete design of this slot has been made flawlessly- much like other titles from this same provider.

The game especially benefits from two symbols- Scatter and Wild. The golden gong stands for scattering, while Wild is shown by the letter W. Another special symbol is Mystery Scatter which appears at random to perform a special set of duties. 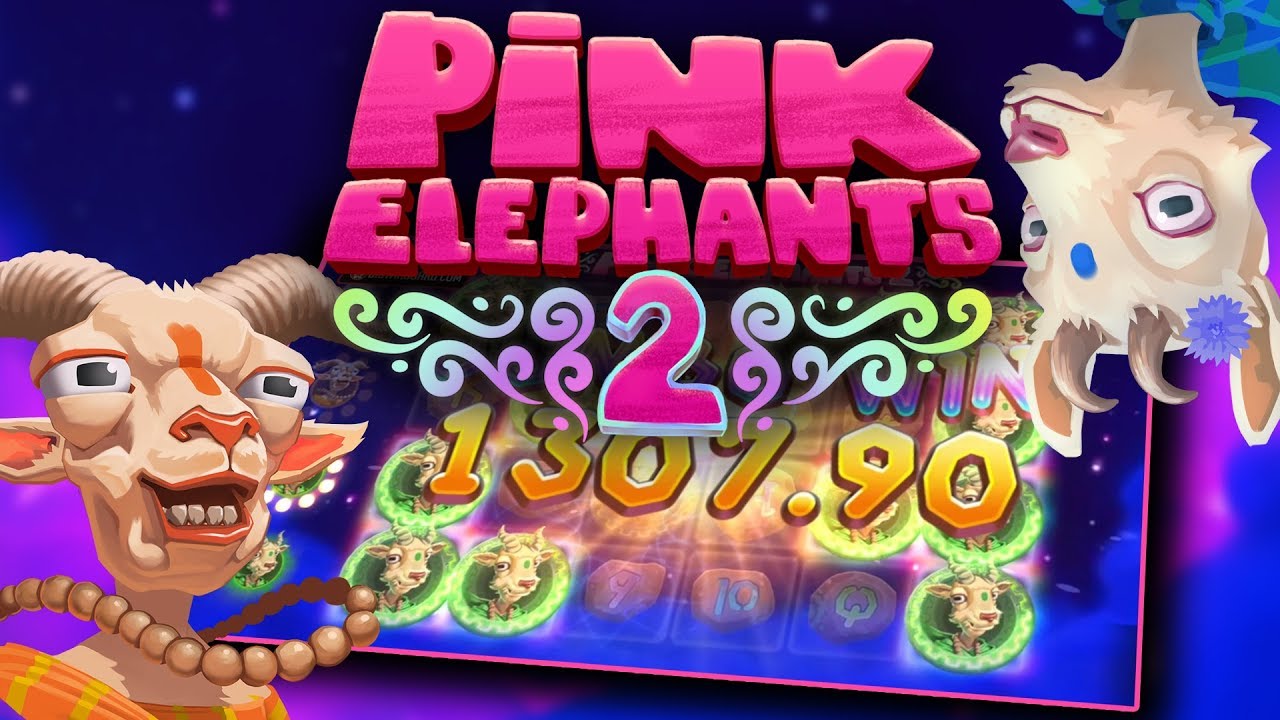 On a base game spin, as many as 5 Mystery Scatters might appear that can increase the chance of triggering any Bonus Game feature. To enter this, you will need as much as 3 Gong Scatters or more. As per the number of triggering icons, you might win anywhere between 7-19 free spins. There are more freebies available within this feature if you manage to land 2 Scatters or more.

During free games, you also have the chance to upgrade goat symbols by collecting Elephant orbs. In total, there are four symbol meters, and as soon as any one of them is filled, you will get a corresponding icon that will transform to a higher value. In case you succeed in filling all the meters, every one of your goat symbols will, in turn, change to pink elephants. You will also be able to get a free spin, every time you fill the meter.

The original game allows you to win as much as 8,200x the bet, while Pink Elephants 2 offers you the chance to get as much as 10,000x the original Stake in the first spin. This slot shall be made available in all Thunderick-powered online casinos, such as LeoVegas, by 8 May.​