NewsNolimit City Pushes The Envelope With Its New Mental Slot

Casino content provider Nolimit City is no stranger to exploring new thematic dimensions in its slot titles and its new release ventures into some dark, twisted territory with plenty of winning opportunities in store. The provider’s latest title is named Mental and launches you into a thrillingly horrific environment.

Mental transports you to a spooky, dilapidated mental asylum where scattered body parts and crazed inmates litter the screen. The game boasts Nolimit City’s innovative xWays, xSplit, and xNudge mechanics. The slot’s 3, 2,3,2,3 reel layout offers over 1,024 ways to win which can increase drastically if xWays activates.

Plunge into the heart of madness and win with a range of features with grisly names like Autopsy Free Spins, Lobotomy Free Spins, Mental Free Spins, and Dead Patient. The game also includes other enhancements like Fire Frames and the Enhancer that boost your winning potential.

The faint of heart may have to find another slot to play as this game’s symbols include highly detailed illustrations of scorpions, spiders, and creepy corpses.

Landing 2 Dead Patient symbols can result in you claiming a multiplier from 5x to 9 999x and when the spider symbol lands on reel 2 or 4 the Mental Transform feature transforms the arachnids into valuable symbols.

Landing three Scorpions land on the reels will trigger Autopsy free spins that come with sticky Fire Frames. If you land three Scorpions and a Spider, your bonus game will be upgraded to Lobotomy Free Spins, and landing 3 scorpion scatters with 2 spider scatters gets you the most lucrative Mental Spins.

Per Lindheimer, the Product Owner at Nolimit City relayed how the development and release of the game had sparked many discussions within his team since this new game sports some uniquely frightening and intensively designed elements. Mental may just be the most brazenly themed title from the developer yet.

Nolimit City has a thrilling selection of slot titles under its belt including San Quentin xWays and XWays Hoarder xSplit.

Fans of the studio will be excited to see what it has up its sleeve next as Mental will be a hard act to follow. 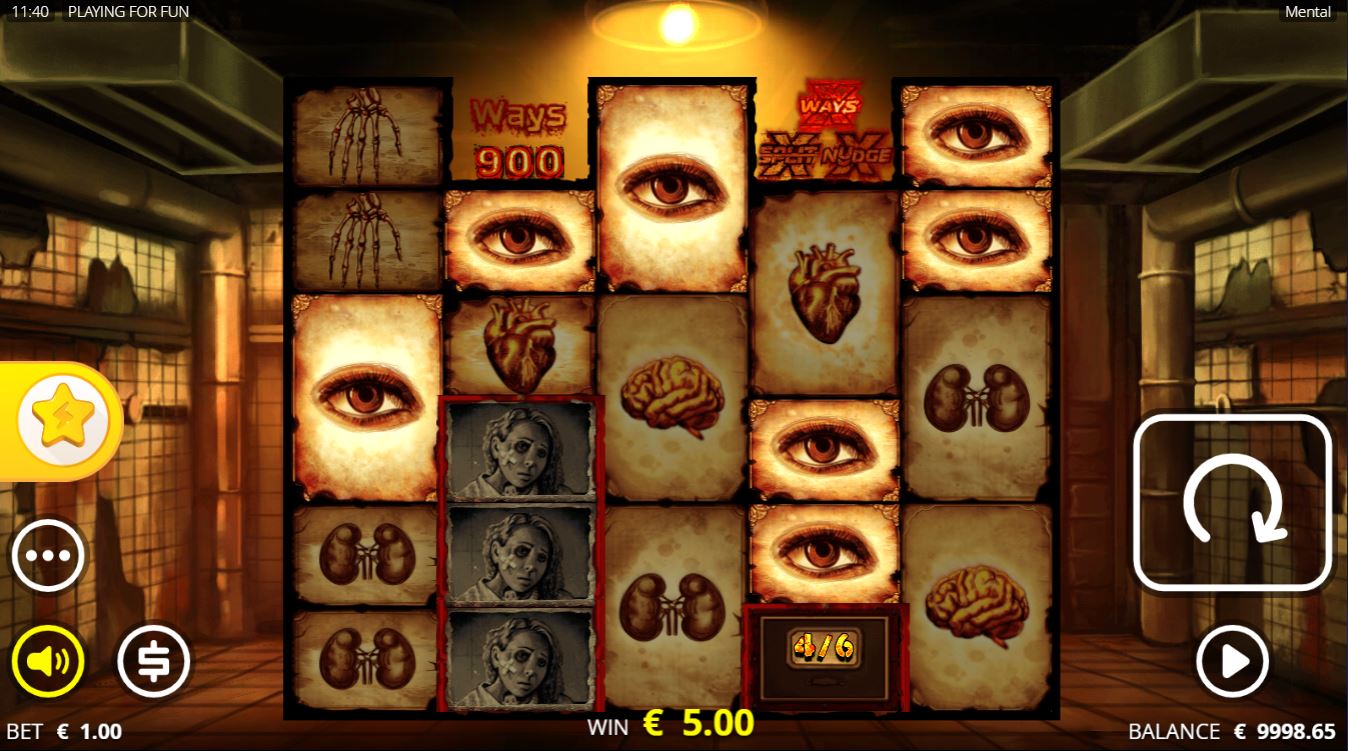