This June, Microgaming is planning to bring a colorful line-up of exclusive games that will offer additional choices and differentiation to its customers.

Each new title by Microgaming will be created by its team of independent game studios. These titles are designed to offer immersive and striking artworks, amazing soundtracks, and innovative mechanics to the players.

At the beginning of June, Microgaming introduced 11 Champions™, a high-volatility slot game of five reels and twenty playlines, by Gameburger Studios.

Two additional fantasy-themed slot games that will offer rewarding gameplay will come to Microgaming’s list of games. These two games are Aliya’s Wishes™ (Released on 9th June) by Fortune Factory Studios and Age of Conquest™ (Coming out on 16th June) by Neon Valley Studio. 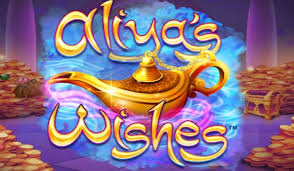 In addition to these titles, the players will also get to play Roman Power, a game that invites players to an empire of riches, that is coming out on 18th June. Roman Powers features a heroic soundtrack, fiery multipliers, and an expanding Hero Wild feature.

On 23rd June, Microgaming will launch Aurora Beast Hunter™ by Just For The Win. This game will take the players on an action-packed adventure from the 90s and features a blue-eyed, high-octane heroine on a quest to defeat voracious beasts. This game offers random cash prizes, four-kinds of wilds, and an option of three free spins. All these features will come with a backdrop of screaming guitars and a rocking soundtrack.

At the end of June, Microgaming will release Wild Catch by Stormcraft Studios. This game will transport players to a tranquil setting in the great outdoors. The game will come out on 30th June and feature brilliantly crafted visuals and sound along with a winning potential of up to 9000x the initial bet.

In addition to all these games, Microgaming will provide more than 20 games from the diverse roster of content partners.