As we find ourselves solidly in the second half of the year, with the last vestiges of summer fading away, Microgaming is in fine form with a fresh selection of new releases.

Money talks in Gameburger Studios’ Break da Bank Again Megaways on 24 August. Enjoy the lucrative Megaways / Rolling Reels mechanic combination and win big with the free spins feature that comes with an unlimited win multiplier and a feature buy where you get to pick from 10 or 15 free spins with a 20x starting multiplier. Once the feature is active, you can get extra free spins when the scatter symbol lands on the reels and the multiplier will increase with every winning spin.

Return to the kingdom of Westeros on 10 August in Game of Thrones Power Stacks by Slingshot Studios. The game’s new Power Stacks mechanic delivers big wins and all your favourite faces from the hit TV show, including Jon Snow, Daenerys Targaryen, Sansa Stark, The Night King, and Tormund Giantsbane are all represented in high-detail glory.

Amazing Link Apollo by SpinPlay Games arrives on 31 August and features the developer’s Amazing Link feature along with free spins. Land six or more Amazing symbols on the reels to trigger three respins and the chance to win the mini, minor, major or mega prizes, with the mega being awarded if all positions are filled. When the feature ends, the Amazing symbols can randomly trigger a pick feature where you match three icons to win.

It’s time for a safari in Alchemy Gaming’s Africa X UP that releases on 17 August. The slot features the potent new X UP feature that delivers massive win potential. You activate this feature by landing two scatter symbols on the reels, causing the game to generate an X UP token that boosts your multiplier up to 25x during free spins. IF you can’t wait to jump into the bonus feature action, there is a buy bonus option that gives you instant free spins access.

Explore the watery depths of the Greek ocean god’s realm in Ancient Fortunes: Poseidon WowPot Megaways on 19 August. This is the first time Microgaming has combined a progressive jackpot with the Megaways mechanic and this title looks set to become a favourite in Triple Edge Studio’s WowPot progressive line-up. The Rolling Reels mechanic works in tandem with the possible 117,645 ways to win and the game also includes free spins, volcano retriggers, and infinite multipliers.

The magic of Oz promises you riches in Sisters of Oz: Jackpots by Triple Edge Studios on 5 August. This storybook-inspired slot features 20 paylines, fixed jackpots, Jumbo Block symbols and a free spins round that offers guaranteed Jumbo Blocks on each spin.

Turn your eyes to Ancient Egypt in Scarab Kingdom by Just For The Win on 3 August. The competing fortunes of two ancient rulers take centre stage, with red and blue scarab symbols enhancing the gameplay. This 30 payline title offers expanding wilds, free spins and Cleo’s Bonus that you activate by collecting 100 scarabs.

Set sail with a pirate crew on the hunt for fortune in Book of Captain Silver on 16 August. This All41 Studios title features free spins, expanding symbols and a top winning potential of 10 000x your bet that you can claim with the Captain’s Wheel Bonus where you spin a bonus wheel to claim one of four fixed jackpot prizes.

If you’ve got a hankering for Roulette action, Real Dealer’s Real Roulette with Rishi debuts on 3 August. Enjoy a premium casino experience with an engaging host who brings a sense of realism to the gameplay.

Microgaming’s content partners are also ready to thrill with a superb line-up of iGaming titles. Big Time Gaming is doubling up the entertainment with two premium releases going live this month. Wild Flower arrives on 2 August and Spicy Meatballs, which features the Megaways mechanic, has a release date of 16 August.

Iron Dog Studio has some heavy riffs in store for you on 4 August and things get tropical in Inspired’s Caribbean music-infused Jungle Falls on 9 August. Gamevy showcases its version of a classic with the release of Instant Bingo on 5 August and MGA games brings the glory of battle to life in Paulo Future the Last Gladiator on 30 August. 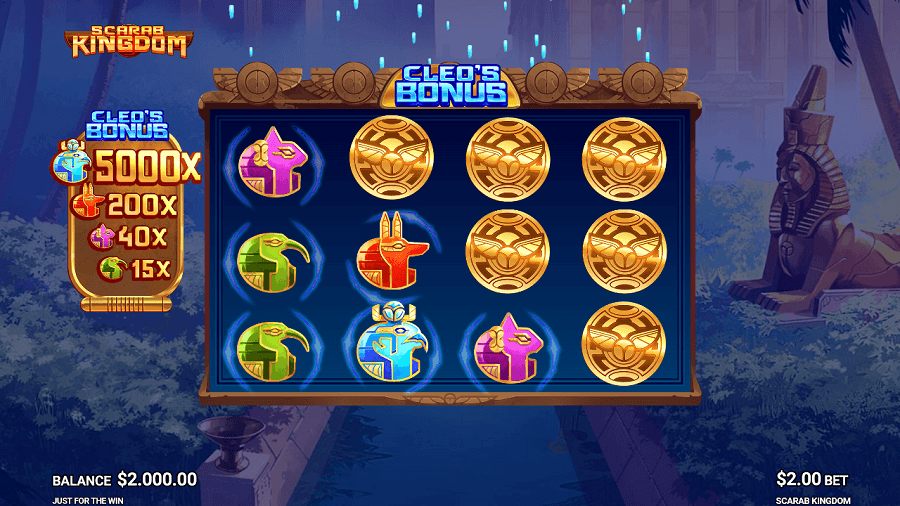