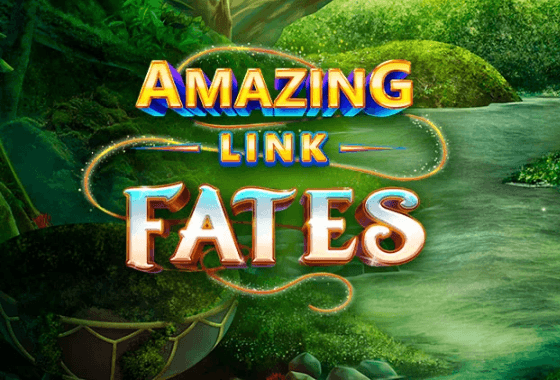 The feature selection is standard fare as far as Amazing Link titles go, but I did have two ways to claim the maximum jackpot.

Landing at least 6 glowing orb symbols activated the Amazing Link feature where the triggering symbols became locked in place while all other reel positions were emptied and I was awarded 3 respins. The orbs now displayed cash prize values and if any more of them landed while the feature was active, they also became sticky and my respin count was reset to 3. The round came to an end when I ran out of respins, which awarded me the combined value of the symbols in view, or filled the grid with sticky symbols, which handed me the 5000x Mega jackpot prize.

During the base game, Amazing symbols were collected in the cauldron as they landed. This randomly triggered a pick game where a circle of orbs emerged from the cauldron and I had to click on them until I revealed 3 matching jackpot icons. The jackpots available were the Mini, Minor, Major or Mega worth 20x, 50x, 500x or 5000x my stake, respectively. This feature also sometimes randomly activated at the end of an Amazing Link round.

When I landed 3 scatters on the odd-numbered reels, I was offered a choice of 3 free spins options, each of which was linked to one of the fates. Not all the options were available at first, so I had to trigger the feature a couple of times to unlock all of them.

I could choose from Past Free Spins that gave me 10 spins with a random Amazing Wild Reel on every spin. This generated a full reel of amazing symbols that also acted as wilds. The Present Free Spins awarded me 10 spins and all low-value symbols were removed from the reels. The Future Free Spins option only had 3 spins, but combined the 2 previous options, making for a short but powerful bonus round. The Amazing Link feature could also activate during free spins.

Amazing Link Fates isn’t a mould-breaker by any stretch of the imagination but still presents rewarding gameplay with an interesting premise. With this being the fourth Amazing Link title from SpinPlay games, I felt that they may be leaning too hard on what has been a winning formula up until now. While using the fates as the anchor for the theme and gameplay is an inspired choice, as they are often disregarded in Greek mythology-themed slots, the gameplay only integrates minor modifications to set this title apart from its predecessors.

That being said, I can’t judge this game too harshly as it makes good use of the familiar features on hand. I enjoyed the fact that I could claim the Mega jackpot two ways and the game’s top potential prize of $265 000 which is slightly above the average for Microgaming’s more recent releases. Also encouraging were the free spins options and I did feel the need to play through until I triggered all of them. This is a competent title with exciting winning chances, although the developer would do well to switch things up a bit for the next game in the series to avoid its efforts being labelled as average.