Leading iGaming industry aggregator, Microgaming has announced that it will be launching over 20 new titles, 10 of which are from its exclusive independent studios and over 10 from its content partner. All the titles are feature-packed with compelling mechanics and encompass a variety of themes from gangsters to ghouls.

Microgaming’s first release comes from its new exclusive partnership deal with PearFiction Studios in the form of a cartoon mobster- themed slot named Chicago Gold. This 5 reel, 20 payline slot is set against the backdrop of1920s Prohibition-era Chicago, when the city was a hotbed of organised crime and gangsters. The game features The Big Boss Jackpot Reveal feature, triggered by the appearance of a jackpot symbol on the reels with any collect symbol. If you match three identical symbols, you will claim one of four amazing jackpots.

Next up, Just For The Win has some lucrative fun in store with Juicy Joker Mega Moolah, the newest iteration of the world’s richest progressive slot jackpot. As with all Mega Moolah titles, the focus is squarely on the bonus game that includes a spinning jackpot wheel triggered by the appearance of 3 or more joker symbols. The wheel holds the Mini, Minor, Major, and Mega jackpots, with the Mega being the most coveted of them all as it regularly dishes out seven-figure fortunes.

6 Tokens of Gold from All41 Studios is next in line. This title emulates the feeling of an old school fruit machine with some added modern twists. The HyperHold mechanic is a streak respin bonus feature that you activate when six or more coin symbols appear on the reels in the base game or during free spins. You will be awarded three spins to fill a blank grid with coins. Gold coin symbols remain locked in place when they appear and reset the respin count to three. Filling all 15-coin positions will award you the Mega jackpot.

Another February release that integrates the HyperHold mechanic is the pirate adventure slot Adventures of Doubloon Island by Triple Edge Studios. You join a scurvy crew of pirates on as they hunt the reels for treasure. Landing three or more scatters awards you up to 100x your stake and triggers the free spins feature. Landing six or more HyperHold symbols on the reels activates the HyperHold feature where special skull symbols conceal one of four jackpots.

Microgaming clearly has treasure on the brain as the adventuring continues in Incan Adventure from Gacha Games. This arcade-style casino game has you drill through blocks as you quest for precious Incan gold and jewels. All41 Studios introduces it second title for the month, Ingots of Cai Shen, with 243-ways to win and Mini, Minor, Major and Mega jackpots. Live your childlike fantasies with Carnaval Jackpot from Pulse 8 Studios, a slot that focuses on simplicity and jackpot respins.

The titles keep coming with Maui Mischief from Old Skool Studios, a Hawaiian themed high-volatility game where wilds stack up on all the reels. Descend into the underworld for some devilish fun in Crazy Tooth Studio’s 3 Devils Pinball, or have some ghoulish fun above ground in Skulls Heap from Gong Gaming Technologies where you join the Mexican celebration of the day of the dead. If all the excitement is getting to you, try being stuck on a tropical island in Rabcat Gambling’s Tropical Wilds.

As always, there is also a plethora of partner content arriving on Microgaming’s platform this month. Iron Dog Studio brings the insanity with Blirix Workshop, a 5-reel, 15-payline slot with a mad scientist protagonist. Inspired plans to live up to its name with the release of Reel Lucky King Megaways, a title with a leprechaun theme and a host of features, and Golden Rock Studios is aiming straight for your nostalgia with Bar Slot, a faithful recreation of the experience of playing your favourite pub slot machine.

Inspired’s second release for the month is Temple of Light, which will be followed by Reel Diamonds by 1X2gaming. MGA will release Yola Berrocal, and 2By2 takes things off-planet and into the stars with Cosmic Gems. The month will come to a sweet close n, rounding off a whirlwind month, Inspired sweetens the pot with Fruity Bonanza Scatter Drops and Big Time Gaming also proves that the juice is worth the squeeze with its Opal Fruits slot. 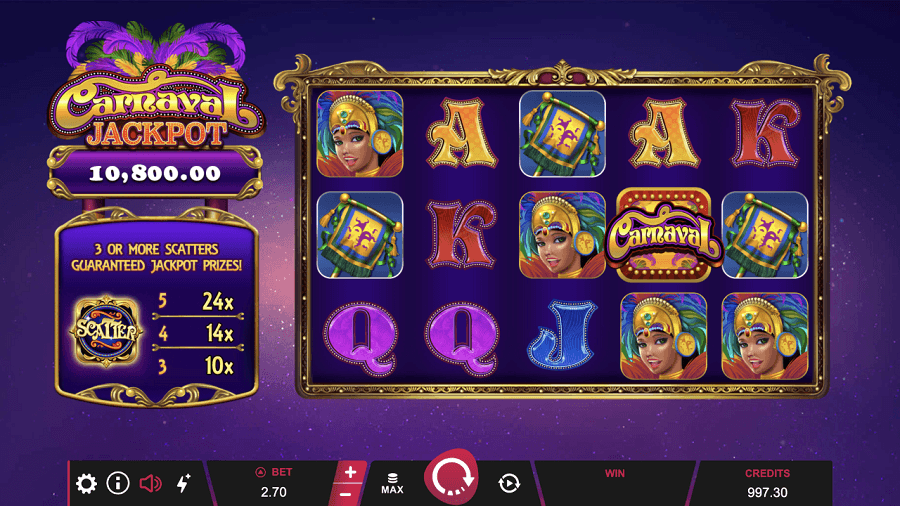