Microgaming’s regular monthly content announcement has been announced and, as always, it’s an enchanting blend of fantastical themes and mind-blowing potential from the provider’s exclusive studios and content partners. This is even more exciting as Microgaming content has gone live on Ontario iGaming which launched on 4 April.

Let’s begin with Alchemy Gaming’s 25,000 Talons that releases on 5 April. This title is themed around the beauty of North American wildlife with amazing creatures like eagles, cougars and bison making an appearance on the reels. The game offers random fire spins and free spins options as part of its high volatility gameplay with prizes worth up to $500,000 up for grabs with the wheel bonus.

Next up on 7 April is Vegas Cash by SpinPlay Games. This glitzy title offers up double 5x3 reel sets and a cash-rich casino theme set against the Vegas Boulevard at sunset. The game integrates the developer’s Copycash wilds that stack up and duplicate to pay out huge rewards and the VIP High Roller feature that offers prizes worth up to 5000x.

All41 Studios’ lovably weird Gold Collector miner character is back and hungrier as ever for gold and gems on 12 April in Gold Collector: Diamond Edition. This high volatility 5x4 reel slot includes 50 paylines and features free spins and a Link&Win mechanic. Three scatters are all it takes to activate free spins where you blast your way to a wealth of gold coins and diamonds. Collect three coins or diamonds during the base game to trigger the Link&Win feature that delivers amazing jackpot prize chances. Land a diamond on each reel to claim the Diamond jackpot worth 5000x.

Jackpots are front and centre in the glamorous Royal League Spin City Lux by GONG Gaming Technologies on 13 April. If you’ve got a taste for supercars, stacks of cash and the casino high life then this 5x3 reel, 20 payline slot is made for you. The game offers the Royal League Jackpot where a simple roll of the dice sets you on a winning journey with prizes up to 10 000x.

Things get heated on 19 April with Just For The Win’s Wildfire Wins, a red-hot 5-reel classic slot with sticky wilds, Wildfire respins and the Wildfire Wheels bonus. Land three bonus symbols in the base game to reveal a trio of bonus reels and claim prizes up to 10,000x.

Prepare to face bloodthirsty behemoths in Crazy Tooth Studio’s sci-fi themed Rhino Rilla Rex on 21 April. Take to the 5x5 reel set to uncover gargantuan bonuses in this 3 125 ways-to-win game. Integrated into the gameplay is the Any Adjacent Pays system that allows winning combinations to happen from anywhere on the reels. If two of the three monstrous creatures land on the same spin, the Team-Up feature kicks in, causing symbols to combine and generate extra reels. Get monster-sized wins with multipliers, bonus stacks, and bonus spins with the Team-Up spins.

Northern Lights Gaming reveals its powers of enchantment in Magical Reels on 25 April. This sorcery-themed title has you craft potions, cast spells, and gather star symbols for amazing multiplier wins. Spellbook symbols dish out multipliers and stars that fill up symbol Star Meters and unleash free spins with potential up to 10 000x.

More magical fantasy is inbound on 26 April with the launch of Dungeons and Diamonds, a 5x5 reel, 40 payline title by PearFiction Studios. Venture into the depths of a dragon’s lair to claim its glittering hoard with features that include instant collects, multipliers, and wilds. The dragon’s eye scatter activates a unique bonus round where free spins are accompanied by respins and Jackpot symbols that could see you walk away with over 5600x your stake.

The final exclusive studio slot dropping for the month is the charmingly Celtic Fiona’s Fortune by Gold Coin Studios on 27 April. This title includes the popular Link&Win mechanic, while the Express Collect feature delivers instant prizes and bonus wheels. Trigger free spins for an enhanced gameplay experience and leverage your luck o’ the Irish to win up to 5000x in prizes.

Table game fans are in for a treat this April with multiple releases set to go live. Switch Studios releases Premier Blackjack with Buster Blackjack on 11 April and Auto Roulette on 20 April. Real Dealer Studios is set to introduce its Dealers Club Roulette title on 25 April, promising a VIP casino experience that boasts cinema-quality video and a selection of charming and professional dealers. Explore the new features like nine pre-set special bets and the Racetrack board alternative.

Microgaming’s partner network is bursting with top-tier content. Gladiator Legends by Hacksaw Gaming debuts on 07 April, Wolf Strike by Iron Dog Studios howls into action on 27 April, Booming Games is back with Khan’s Wild Quest on 14 April), Follow the Honey by Inspired Gaming goes live on 28 April, and MGA’s Eugenio comes to your screen on 25 April. 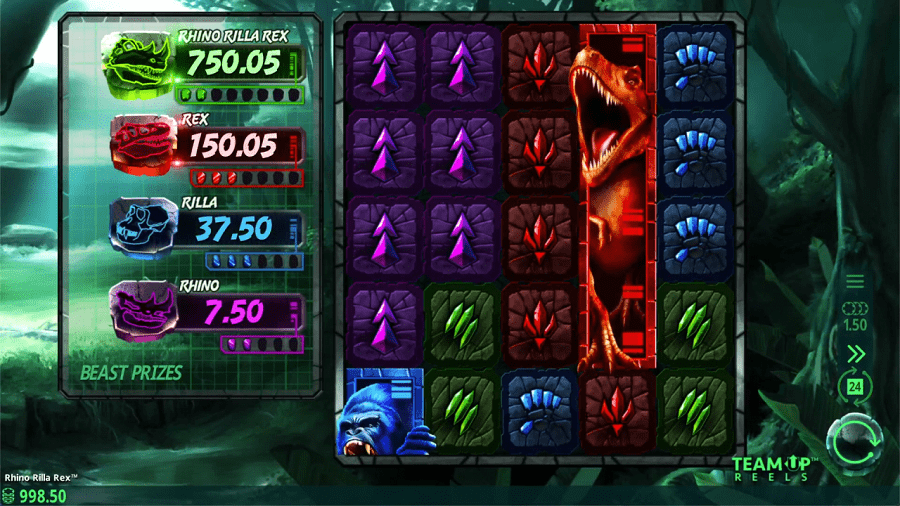