NewsChuckle Your Way To Riches In Wazdan’s Reel Joke

Malta-based iGaming content provider Wazdan’s new release is a fun-filled jaunt with a grinning jester character known as “the Joke” who will help you laugh all the way to the bank.

The six-reel, 20-payline slot boasts classic casino symbols like bells, diamonds, and lucky 7s, with the wild and scatter symbols featuring the Joke himself.

If you land three or more Joke scatters on the reels, you will gain 10 Free Spins with Moving Reels and an Infinite Multiplier. The Moving Reels feature causes the Joke to shift the reels to the right, adding four new symbols after a winning spin, boosting your winning chances.

The Infinite Multiplier awards you an initial, base multiplier of 3x, 5x, 7x, or 9x at the start of Free Spins, and every win achieved while the feature is active will increase the multiplier by one. If you are in certain jurisdictions, you will have access to the Buy Feature option that allows you to jump right into free spins without waiting for scatters to land.

Andrzej Hyla, Head of Sales at Wazdan commented, saying, “Reel Joke is a fun-filled addition to our slot portfolio, headlined by the helpful Joke character himself. A slot with a classic feel and cutting-edge mechanics, it marries up the best of both worlds for fans across the globe. The thrilling Free Spins Round contains both Moving Reels and an Infinite Multiplier with an initial value, so players will be able to turn their Free Spins into incalculable wins if the Joke finds them worthy!”

Reel Joke is Wazdan’s latest slot offering, following the release of Power of Gods: Egypt earlier in the year. 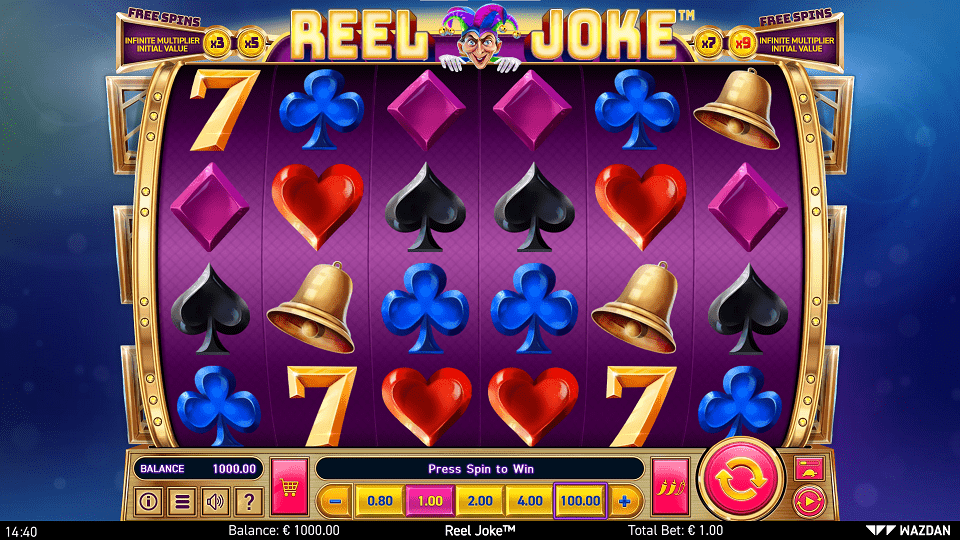