Casino Rama’s entertainment stage has sat silent and unused since March 2020, but there is good news for fans of the venue’s shows, as live entertainment is officially back on the menu. Upcoming performances will start in January 2022 with Russell Peters, Air Supply, Gordon Lightfoot and The Price is Right Live.

Shows from 2020 that had to be postponed are listed now on the CasinoRama.com website and ticketholders for the cancelled shows who cannot make the new dates have been encouraged to request a refund from the original point of sale.

The first act up at the reopened 5000-seat entertainment venue will be comedian Russell Peters performing as part of his Act Your Age world tour to January 7 and 8. Getting your hands on a ticket will cost a minimum of $75, a fair price to see a multi-award winning international comedy act, who is also an actor, DJ and producer.

Air Supply will be the first to bring music back to Casino Rama with iconic classic rock performances on January 14 and 15 with ticket prices starting at $40.

Those with a taste for folk music should get their calendars in order because Orillia native, Gordon Lightfoot will be live on stage for one night only. Tickets for this show range in price from $73.45 to $107.35.

Lightfoot is a seasoned and world-renowned musician with 20 albums and five Grammy nominations under his belt. Music enthusiasts have enjoyed his songs for over 50 years of his illustrious career that has produced scores of chart-topping hits in the U.S. and Canada.

Game show thrills will grace the stage with The Price is Right Live that will run for three consecutive nights, from February 11. A celebrity host will guide randomly-chosen contestants to play crowd favourites like Plinko, Cliffhangers, The Big Wheel, and the Showcase. Being in the audience means more than just being entertained as there are also some prizes in store for lucky spectators.

Other acts lined up for 2022 include The Irish Rovers, the Nitty Gritty Dirt Band, the Beach Boys, Michael Bolton, Martina McBride, Melissa Etheridge, Ice Cube, and Ringo Starr among others.

The general public will be able to purchase tickets from November 20 for all new and rescheduled shows.

Casino Rama is a premier entertainment destination with 1750 slot machines, over 45 gaming tables, a lip-smacking selection of restaurants, a 300-room full-service hotel with spa and health club facilities, and of course, the aforementioned 5000-seater entertainment centre. 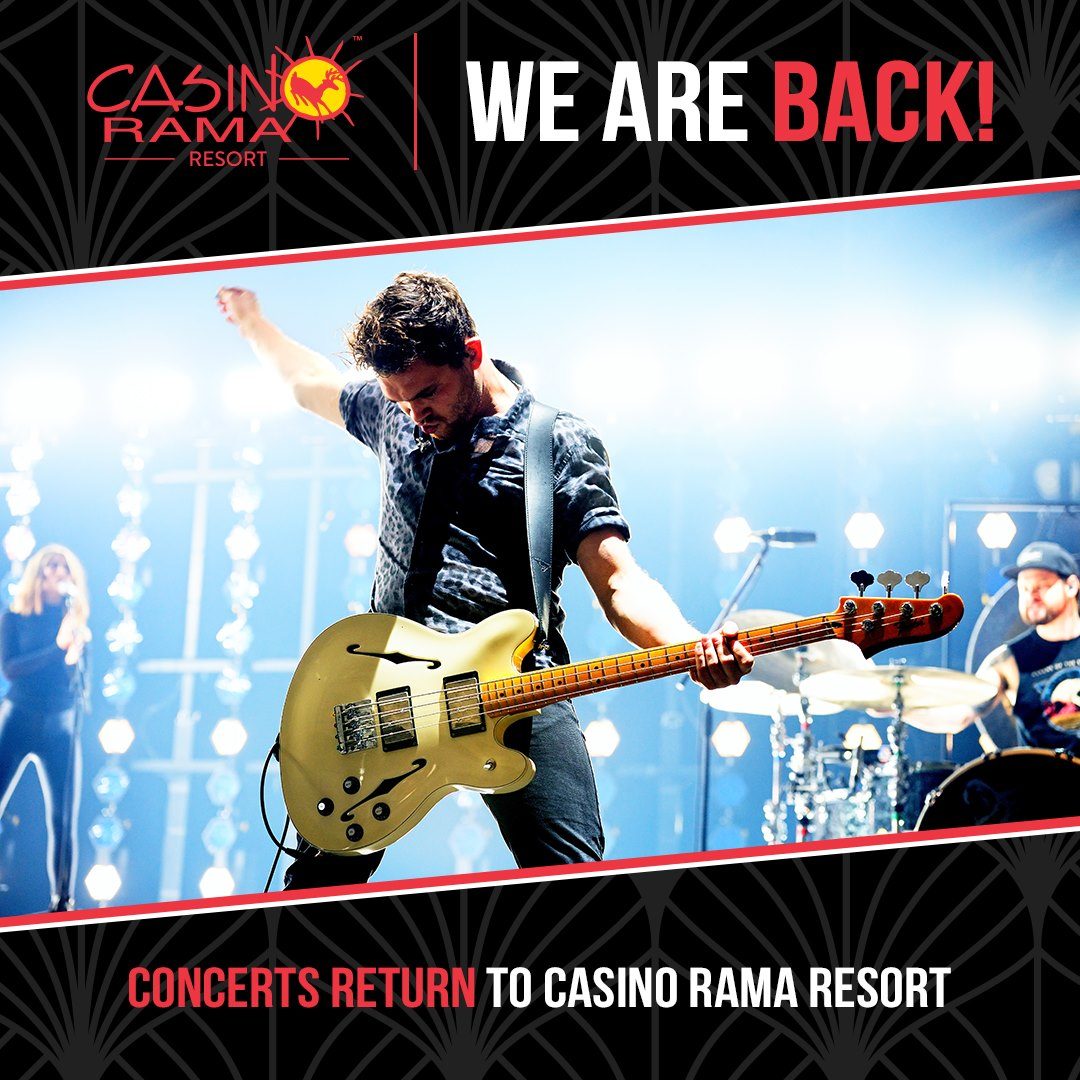