This report details the phenomenal growth of online gaming in Canada plus lists and describes land-based casinos along with tribal gaming. 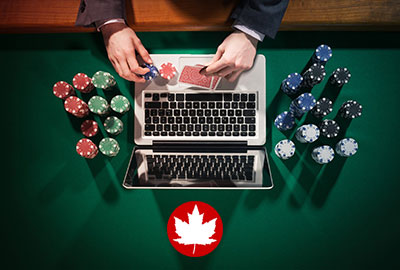 While online gaming or iGaming revenue is estimated to jump over 500 billion US Dollars by the year 2023, one of the top 10 countries to contribute to that revenue is Canada.

These games are made available through the innovative software of companies like Microgaming, NetEnt, PlayTech, and Real Time Gaming.

The province of Quebec leads the way with predetermined guidelines and laws while provinces like Alberta, Manitoba, and Saskatchewan follow.

Interestingly, Ontario is recognized as having the most casino gamblers in Canada along with the highest gambling revenue. These player and revenue numbers are followed closely by province with British Columbia and Quebec close behind.

It is noted that land-based casinos have experienced a considerable drop in revenue because of the ease of playing online and few new land projects are planned. However, you will find below a list of casinos nationwide, followed by 10 of the more popular and concluding with tribal gaming information.

The country of Canada consists of ten provinces and three territories. The territories are Northwest Territories, Nunavut and Yukon. Each of the provinces and the Yukon Territory combine for a total of 218 legal gambling facilities nationwide. The types of gambling available in Canada are: casinos, horseracing tracks, sportsbetting and poker rooms.

The Montreal Casino or Casino de Montréal is the largest in Canada and is located in the borough of Ville-Marie, Quebec.

The breakdown of casinos in Canada is as follows:

I am particularly amused at the name – Diamond Tooth Gerties Gambling Hall located in Dawson City, Yukon. It boasts 8,000 square feet with 60 gaming machines and 8 table games plus poker.

Although not the largest casinos, the attendance by casino players permits these venues to qualify for this list. Casinos close to the U.S. border account for the increased player numbers along with favorable currency conversion. In no particular order, the 10 are:

Casino Rama is located just north of Toronto and attracts players from the big city both with a varied game selection and first-class entertainment.

There are 17 First Nation casinos. Five of these are located in Alberta, two in Manitoba, three in Ontario, six in Saskatchewan, and one in British Columbia.

A number of provinces have entered into agreements with First Nations to share slot machine revenue from locations on or off tribal lands. First Nations require provincial approval before they can conduct gaming on their lands.

First Nations throughout all regions of Canada participate in charitable gambling and First Nations located in provinces that permit video lottery terminals=VLTs are able to operate on-reservation VLTs, provided they comply with provincial regulations.

Good Luck playing online and off.