Casino game developer, Blueprint Gaming has set its sights on a slice of the Canadian market. The company signed a deal with Canadian casino, PlayOLG.ca for an arrangement where the platform will exclusively host the provider’s online gaming content. 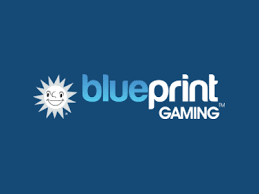 The exciting news started making waves when Casinomeister forum member “EngrishJonny” authored a thread titled “Blueprint Games pulled from Canada” after discovering that Blueprint’s titles were missing from every site that he visited. He began the post, writing, “Just woke up this morning and was hit and miss some sites with Blueprint gaming. Now every site I go to Blueprint gaming is now locked. Was only told licensing updates but can - Anyone, ideally blueprint gaming, give me a straight answer. Based in BC.”

After some time, it emerged that real money casino games from Blueprint were now only available in Canada through PlayOLG.ca.

Whether this is just the beginning of a long-term partnership between the two entities or simply a temporary arrangement remains to be seen as an official comment has been hard to come by.